Organized by Vegan Assembly of the UAB 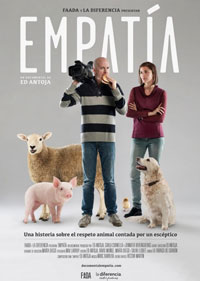 A documentary that intends to change the habits of society that are detrimental to animals. It uses a language that mixes fiction, publicity style and documentary. “Empathy: a story about animal respect told by a skeptic” aims to raise awareness about the reality of animals and the daily consumption habits of population. 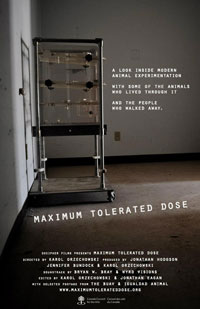 A documentary that deals with scientific research in animals, reports the consequences they have on animals as well as the testimonies of several scientists, laboratory technicians and people who abandoned animal testing for ethical reasons. 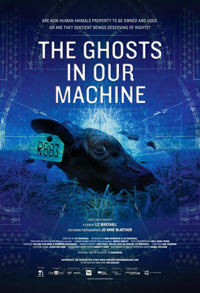 A documentary that illuminates the lives of individual animals living within and rescued from the machine of our modern world. Through the heart and photographic lens of animal rights photojournalist Jo-Anne McArthur, audiences become intimately familiar with a cast of non-human animals. From undercover investigations to joyful rescue missions, in North America and in Europe, each photograph and story is a window into global animal industries: Food, Fashion, Entertainment and Research. 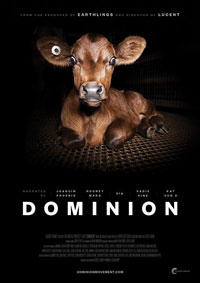 Dominion uses drones, hidden and handheld cameras to expose the dark underbelly of modern animal agriculture, questioning the morality and validity of humankind's dominion over the animal kingdom. While mainly focusing on animals used for food, it also explores other ways animals are exploited and abused by humans, including clothing, entertainment and research.