The Management Team of the UAB Foundation is made up of the Deputy Executive Chair and the following directors: 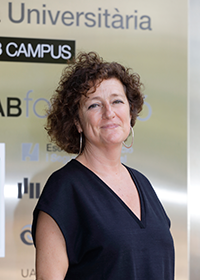 Graduate in Political Science and Sociology (International Relations track) from the Universitat Autònoma de Barcelona (1989), and holder of a Postgraduate Diploma in Business Communication from the Institute of Continuing Education of Pompeu Fabra University (2001) and a Master’s degree in University Direction and Management from the Foundation of the Universitat Politècnica de Cataluña (2005).

She has been working at the UAB since April 1997, where she has been responsible for audits of academic management and the ISO Quality System of the Libraries Services (until January 200) and Head of the Office for Institutional Coordination (February 200 – January 2009). Since November 2011 she has been the Centre Administrator for the Faculties of Arts and Humanities, and of Psychology. From June 2016 to October 2020 she was the Head of the Rector’s Office and since February 2021 she is the Executive Vice President of the UAB Foundation. 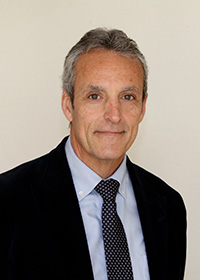 
José Luis Albertos Montoya holds a degree in Economics and Business from the UAB. His career has been based mostly at the UAB, where he arrived in 1985. Over that period he has held different management posts at the UAB and at the FUAB, all of them related to the areas of finance and activities management: Finance Manager (1987-1988), Internal Auditor (1989-1990), Head of Accounts (1990-1999), Head of Work Placement Programme Contracts and Head of Economic Studies for New Projects (1996-1999), Head of the Area of Economics and Finance (1999-2006), Director of Assets and Campus Services of the UAB Foundation and Director General of the University Village (2006-2015). 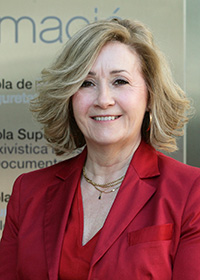 She joined the UAB in February 1989 as a lawyer in the Legal Department, and she was Head of the Office for Institutional Coordination since its creation in October 1990 until October 1999, when she joined the UAB Foundation. From November 1999 she was Director of Legal Affairs and Human Resources of the foundation.

She has worked at the National Employment Institute (INEM) as a teaching expert (1985-1986); at the Department of Education of the Government of Catalonia (1986-1988), in the Contracting and Assets Service of the General Director’s office for School Architecture and Investment; and at the Institute of Building Technology of Catalonia, as a legal advisor for the ITEC-UPC Technical management and Support Programme, which was created to manage new building works on the north campus of the Universitat Politècnica de Catalunya, between 1988 and 1989.

How to get to Casa Convalescència

How to get to Edifici Blanc