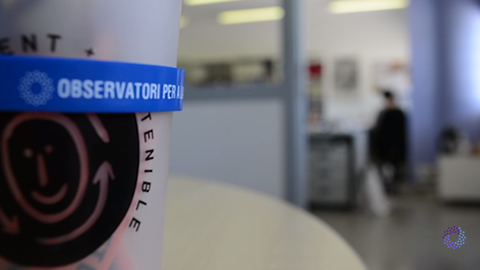 What do we do?

The Observatory for Equality is mainly engaged in the analysis of inequalities in higher education, and more specifically in the study and diagnosis of sexism and inequalities by disability, from an intersectional perspective.
It operates within the UAB with the aim to provide information to the community about the situation of inequalities in the campus, in comparison with the international context. Among its goals we endeavour to raise awareness of the different forms of inequality and discrimination, and to disseminate methods and resources designed to correct them. We target all members of the university community: teaching and researching staff, administration and services staff, and students.
In order to design and implement equality policies, we elaborate, monitor, and evaluate action proposals focused on correcting inequalities. Advising, training, prevention and participation in equality are then the key strategies to transform power relationships in the University from a gender perspective.

In accordance with the Twelfth Additional Provision of the Organic Law of Universities 4/2007, universities shall have equality units among their organizational structures to develop functions related to the equality principle between women and men.
This unit at Universitat Autònoma de Barcelona is called Observatory for Equality and started its activities in 2005, focusing its efforts on inequalities between women and men. The Observatory enhanced its scope in 2008 to those groups that might endure adverse conditions because of discrimination or economic and social situations (immigration, age and sexual orientation).

The Observatory for Equality is a university entity created by the Governing Council of Universitat Autònoma de Barcelona to serve as technical support in designing and evaluating equality policies.

In recent years, the Observatory for Equality has included the gender intersecting perspective in the analysis of inequalities in higher education and has expanded its lines of action: education, equality and participation, and gender-based violence. It should also be noted the implementation of awareness-raising campaigns in a last period.