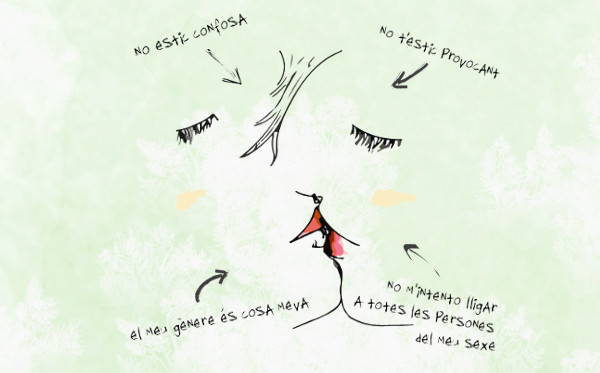 In the last years, there has been a substantial improvement in the legal framework that shall guarantee the rights of lesbian, gay, bisexual, transgender and intersex individuals. This improvement of legislation is based on equal opportunities and the principle of non-discrimination on grounds of sexual orientation, gender identity or gender expression. Likewise, social dynamics demonstrate that better regulations aimed at recognising formal equality are necessary but not sufficient condition to achieve effective and real equality, and to eradicate homophobia, biphobia and transphobia.

Complaints of violence on grounds of LGTBIphobia continue to happen in the form of assaults, vexations, violations of sexual and reproductive rights, school bullying or harassment in social networks. The social commitment of public universities plays an active role in combating all forms of inequality and discrimination, and here at UAB we are taking full responsibility. On 10 March 2016 the Governing Council approved the Protocol against sexual harassment and harassment on grounds of sex, sexual orientation, gender identity or gender expression. A year later, on 23 March 2017, the UAB passes the Protocol for use of preferred name aimed at transgender individuals. These protocols and measures are an improvement that needs to be followed by awareness-raising and visibilisation campaigns.

Collective action against intolerance is imperative. We count on you!

Actions conducted at Universitat Autònoma de Barcelona aimed at protecting the LGTBI+ community comply with the provisions of the Law 11/2014 against homophobia, biphobia and transphobia.

The Guia per la incorporació de la diversitat sexual i de gènere a les universitats catalanes a partir de la Llei 11/2014 has the goal of making it easier for all the actors in university administration to translate into concrete actions what Law 11/2014 stipulates. The guide highlights the importance of introducing attention to sexual and gender diversity in universities to create inclusive environments, generate respectful work and learning environments, promote research and teaching contributing to raising awareness on discriminations and opening new cultural frameworks.

Passed on 7 March 2018 by the Governing Council. It is a mechanism to face and prevent sexual harassment, harassment on grounds of sex, sexual orientation, gender identity or gender expression, and male chauvinist violence for the whole university community, including students too.

Protocol for use of preferred name aimed at transgender individuals

It has been approved on 23 March 2017 by the Governing Council. This protocol shall facilitate the change of an individual’s legal name into their preferred name according to their chosen gender in all University-related system and documents, notwithstanding that they may not have legally changed their sex, are minors, and have not undergone a diagnosis of gender dysphoria or medical treatment. This procedure applies to all students and all staff who has labour or public relationship with the UAB: teaching and research staff (PDI) and administration and services staff (PAS) who may request it.

Protocol for use of preferred name