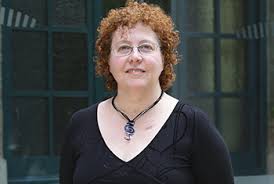 Full Professor of Logic at the Philosophy Department of the Universitat Autònoma de Barcelona (UAB), member of the Barcelona Graduate School of Mathematics, and adjunct Scientist at the Artificial Intelligence Research Institute IIIA-CSIC since 2001.

I was working as a postdoctoral researcher in the Équipe de Logique Mathématique, of the CNRS (1999-2000, Université Paris-7). From 2012 to 2016, I have been Vice-chancellor for Research, and Director of the Doctoral School of the UAB. Recently, I have done a research stay of one year in the group Algorithmic Decision Theory at the Institute Data61 of the University UNSW of Sydney, Australia.

Since 1990 I have contributed to the field of model theory, to the study of the Horn fragment of equality-free languages and to predicate fuzzy logics. My current research interests are argumentation, logics and ethics for artificial intelligence.

I have been coordinator and task leader of several European and Spanish projects. At present, I am local coordinator of three European Projects of the Program H2020. I am an active member of different international networks in the field of fuzzy logics, such as ManyVal and MathFuzzLog. I am also an expert in evaluations for the European Program H2020, for the European Science Foundation, for the FWO research agency, and for AQU (Agency for the Catalan University System Quality) of the Generalitat de Catalunya.

He is a researcher in the language of science and technology, a full professor of Spanish at the Universitat Autònoma de Barcelona and an associate professor at the Wszechnica Polska in Warsaw. She has conducted a wide range of research related to lexical history and lexicography, especially in relation to specialised languages.

He is the lead research in the Grupo Neolcyt – Grupo de investigación en lengua de la ciencia y de la técnica, comprised of ten researchers from the following universities in Spain: Universitat Autònoma de Barcelona, Universidad de Murcia, Universitat Rovira i Virgili, Universitat de Barcelona and Universidad Carlos III of Madrid, and from Universidad del Rosario in Bogota, Colombia. Since 1997, the group has undertaken a range of projects with public financing in the field of Spanish for science and technology, especially in the 18th to 20th centuries.

He is the coordinator of the «Lengua y ciencia» Thematic Network, which encompasses 35 research groups in philology and the History of Science in Spain, France, Italy, Germany, Austria, Portugal and Canada, all of which are interested in the language of science. The network’s goal is to foster the study of this field and to contribute to its institutionalisation by overcoming the traditional barriers between fields of knowledge.

In addition to holding a bachelor’s in Catalan and Spanish Philology and a PhD in the former, he has also earned an advanced studies diploma in the History of Science. He is Full Professor in the Departament de Filologia Catalana at the Universitat Autònoma de Barcelona, coordinates the Grup d'Estudis de Literatura Catalana Contemporània and belongs to the Centre d'Estudios sobre Dictadures y Democracies.

He has analysed the Enlightenment, Romanticism, evolutionism, positivism, realism, naturalism, objectivism and existentialism, often from an interdisciplinary perspective. In the history of science, he has published studies on the relations between literature and different fields of science and the impact of technology (especially the phonograph), Darwinism and experimental medicine. In 2005, he won the Fundació Uriach History of Medicine award with a study on the theoretical-practical testing of Joan Giné i Partagàs’ phrenopathic homology and heterology, that is, similarities and differences between the processes of reason and unreason (1978). 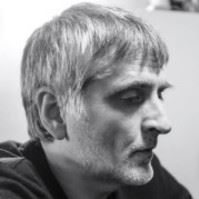 Miquel Domènech Argemí is a full professor of social psychology at the Autonomous University of Barcelona. His research interests are broadly related in the field of science and technology studies (STS), with a special focus on the relationship between care and technology and on citizen participation in techno-scientific topics.

Most of his publications can be viewed at: academia.edu and ResearchGate. 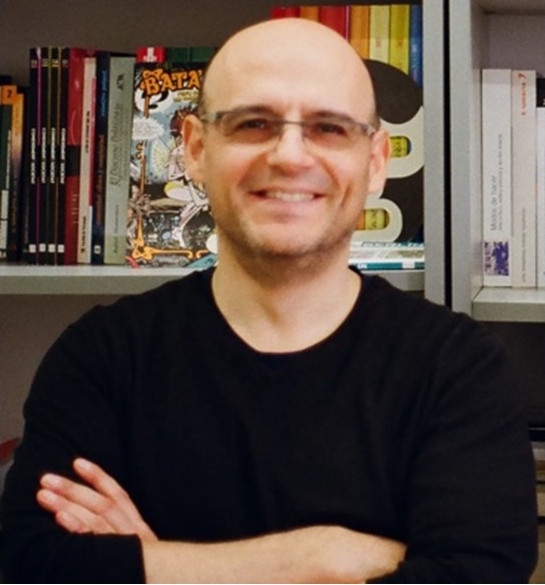 Francisco Tirado is Senior Lecturer at Department of Social Psichology at the Universitat Autònoma de Barcelona. His main research interests are:  a) the analysis of biological emergency situations from a STS perspective, b) the relation between biorisk and biopolitics, and c) how biosecurity practices enact a new conceptualization of life. 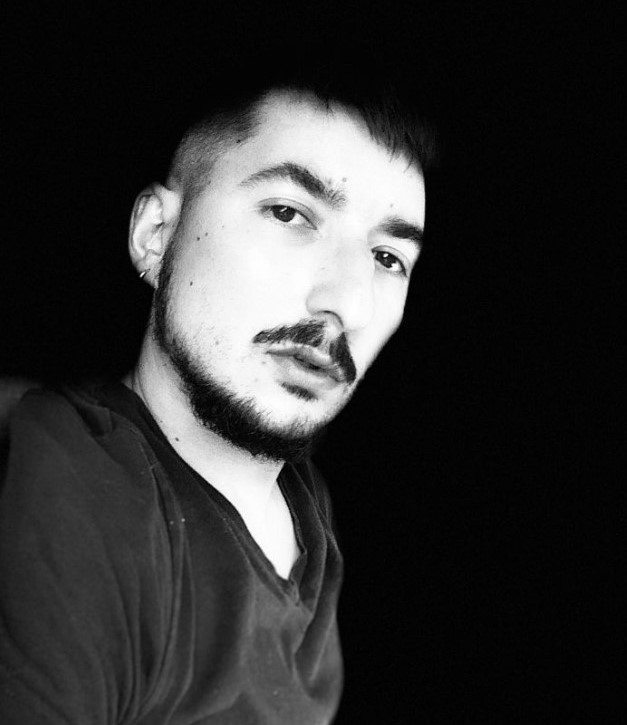 Núria Vallès Peris is a postdoctoral researcher thanks to the Margarita Salas grant at the Intelligent Data Science and Artificial Intelligence Research Center (IDEAI) of the Universitat Politècnica de Catalunya, and is also a member of the Barcelona Science and Technology Studies Group (STS-b) of the Universitat Autònoma de Barcelona (UAB). Her research focuses on the study of the ethical, political and social controversies surrounding robotics and artificial intelligence, especially in the fields of care, health and public policy. Her approach is based on science and technology studies and the philosophy of technology. She is interested in the study of imaginaries, the design of technologies and the processes of democratisation of technoscience. 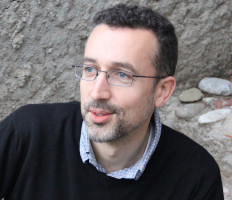 He holds a bachelor’s in History (UAB), a master’s in the History of Science (UAB-UB) and a PhD in Philosophy. He wrote his doctoral thesis on Aristotle’s influence on Arnau de Vilanova’s medicine and natural philosophy. He is currently an affiliated researcher in the Faculty of Philosophy and Humanities at the UAB, and his research in the field of the history of science primarily examines the relationship among medicine, natural philosophy and science in the Middle Ages and Renaissance, as well as the ties between science and the arts and humanities. In 2017, he won the Joaquim Carreras i Artau Philosophy Award from the Institut d’Estudis Catalans for Les transformacions d’Aristòtil. Filosofia natural i medicina a Montpeller: el cas d’Arnau de Vilanova (Institut d'Estudis Catalans, 2020). 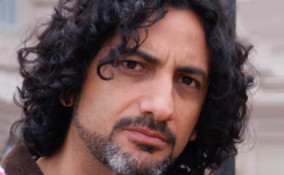 He was educated as a geologist specialising in geological and environmental engineering, and afterwards as a science communicator and historian. He is an associate professor (UAB) with a preference for teaching and research in a variety of topics at the intersection between the sciences and the humanities via the history of science. He is interested in the application of the study of material culture and natural heritage in the analysis of science, technology, medicine, the biosciences and the earth sciences.

His main research as a historian of science has revolved around a series of studies related to the history of geology, palaeontology and evolution, as well as the treatment, conservation, use and dissemination of the document and material culture collections of scientists and scientific institutions in Spain and the Americas (especially research centres and universities).

As a science communicator, he has curated exhibitions of scientific instrument collections and overseen informative websites in the areas of medicine (Alzheimer’s disease) and the environment. He is the author of books on the history of scientific exchanges between Europe and Latin America and on geology, palaeontology, Alzheimer’s disease and the history of pharmacology in Catalonia. He is a lecturer and teaches about the relationship between science and the humanities as a tool of integral development in informal training and education programmes.

He holds a bachelor’s in Biology from the Universitat de Girona (2005) and a master’s (2010) and doctorate in the History of Science from the Universitat Autònoma de Barcelona (2015), with a thesis directed by Oliver Hochadel on the Orce Man controversy. The results of his thesis were published in English by Brill in the book Orce Man. Controversy, Media and Politics in Human Origins Research (2020). In addition to the History of Palaeoanthropology and the relationship between science, politics and the media, he is also interested in the history of science in the city of Barcelona, on which he published the book Barcelona, ciència i coneixement (2017) with Albertí Editors. In 2015, he created Historias de Ciencia, which offers scientific and cultural routes around Barcelona targeted at both the public at large and students and associations. He is also interested in the history of the natural sciences, specifically the history of the Barcelona zoo, about which he has published the book De les Gàbies als Espais Oberts. Història i Futur del Zoo de Barcelona (2018) with the publisher Alpina. He has participated in numerous Spanish and international conferences on these topics, has been invited to give talks in both academic and public settings, has published numerous scientific and informative articles and book reviews, and did a research stay while pursuing his doctorate at the University of Cambridge’s History and Philosophy of Science Department (2013-2014) thanks to a research grant from the British Society for the History of Science. He worked on the UAB’s scientific dissemination website, called Divulga (2012-2013), and he won the Historical Archives Fellowship from the Wenner-Gren Foundation (2015) to work on the personal archive of Josep Gibert i Clols, the main player in the Orce Man controversy; a research grant from L’Hospitalet de Llobregat (2016) for to study public health in this town; the Uriach History of Medicine Award (2017) for an article on the dustmen of L’Hospitalet; and the Montserrat Roig Barcelona City of Literature Grant (2018) for a book project on “the taxidermist of La Plaça Reial”. He classified the personal archive of Antoni Jonch i Cuspinera (2019) and is currently responsible for the library and archive at the Natural Sciences Museum of Granollers.

She holds a bachelor’s in Catalan Philology and has been teaching in the health sciences for 14 years. She combines teaching different classes in the Faculty of Medicine and Physiotherapy at the UAB with her company which offers emotional self-management for healthcare staff.

Her career got started at the Escoles Universitàries Gimbernat teaching medical terminology and research and documentation, and she later taught medical research, medical terminology and seminars on women and medicine in the Faculty of Medicine. She also teaches the clinical care practicum. She is currently teaching two classes in the UAB’s Faculty of Physiotherapy: a Bibliometrics Seminar and Physiotherapy, History and Society.

Her publication is the first Terminological Dictionary of Physiotherapy. 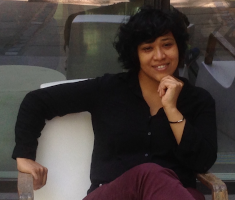 I research in the field of body policies and their linkage to the racial logics of science. I studied letters at the Central University of Venezuela. I have a master's degree in Critical Theory and Museum Studies and a master's degree in Science History. I am a student of the doctoral program of the Institut de Història de la Ciència of the Univrsitat Autònoma de Barcelona.

Since 2014 I co-dynamite the research collective @criticaldias (Premi Miquel Casablancas, 2017), and I have focused on the dynamization of workshops and discussion spaces on black decolonial methodologies and feminsms. Since 2018 I collaborate with the program Barcelona Interculturalitat del Ajuntament Program in Barcelona as a training machine. I have participated in various curatorship, curatorship and independent research projects, an activity that linked me as Fellow 2018-2019 to the Center of Arts, Design and Social Research.

PhD in Psychology and accredited as expert in forensic psychology. He combines professional practice as a forensic expert with research and university teaching in classes such as "Història de la Psicologia" and "Història de la Psicologia Jurídica i Forense". He has a special interest in the historical development of forensic, legal and criminal psychology and their areas of intervention; in the characterisation of criminals; and in the appearance of measurement and appraisal instruments throughout the 19th and 20th centuries. 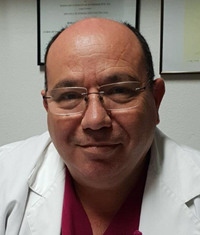