Go to main content Go to web navigation of Universitat Autònoma de Barcelona Go to this page navigation Go to web map
MOOC UAB Do you want to submit or create a MOOC? Here you will find all the information about the mass courses online, and open to everyone

What is a MOOC?

What is a MOOC? 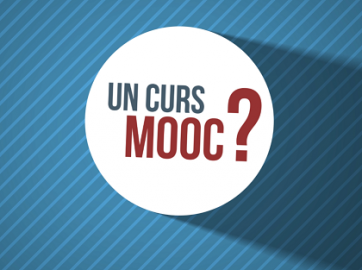 MOOC is the acronym for Massive Open Online Courses available on internet as distance learning which can be taken by anyone with no limit on the intake.

As well the materials used in conventional courses such as videos, reading and tests,  MOOCs offer interactive forums that help to build a community for students, lecturers and teaching assistants.

David Wiley can be considered the author of the first conceptual MOOC which took place at Utah State University in August 2007. It was an open education course and the initiative was continued in numerous other projects at different universities both with and outside the USA.

A milestone in the history of MOOCs was reached in the autumn of 2011 when more than 160,000 people signed up for an artificial intelligence course offered by Sebastian Thrun and Peter Norvig at the Stanford University through a start-up company called Know Labs (currently Udacity).

Given the success and high number of registrations, Daphne Koller and Andrew Ng created Coursera. Based on technology developed at Stanford, Coursera has become a platform that has the support of numerous prestigious universities (Yale, Princeton, Michigan, Penn). On the East Coast, Massachusetts Institute of Technology launched MITx with the idea of offering an open and free online learning platform. Harvard joined the initiative shortly afterwards with edx which other universities such as Berkeley have also joined.

Since then, more platforms have appeared, such FutureLearn or MiríadaX, just to name a few.