The term "public engagement" describes the different ways in which higher education and research can go beyond academic spaces and be shared with the rest of the society for mutual benefit. This is a two-way process not only including the dissemination of scientific knowledge but also the interaction between scientists and local communities to improve the quality of research and education.

For the last few years, the UAB, has been developing a variety of initiatives and activities in connection to Citizen Science. Most of them are the based on the usual approach to CS, in which citizens contribute collecting and analysing data. However, there are different levels of complexity in the participation of scientific citizens.

Examples of these projects (with an increasing level of involvement and responsibility of citizens) are:

App Planttes “Help us mapping allergy-causing plants”
This app has been developed by the Point of Information on Aerobiology (PIA-UAB) as part of the Barcelona City Council's project entitled "Ciència Ciutadana als barris". The app aims to inform on the existence of allergy-causing plants in urban areas.

Citizens Co-Creating the City’s Digital Cultural Heritage
The Library Living Lab users, together with the Computer Vision Centre of the UAB  and the Museum of the city of Sant Cugat, have developed a protocol for scanning the capitals, in order to obtain the first ever catalogue in 3D of the masterpieces. This will allow both the web visualization of the 3D models and the creation of physical replicas. This is a citizen science/open science project, its results are within the reach of users, professionals and researchers, and it represents a step further towards the democratization of access to knowledge and innovation for everybody.

There are also other initiatives focussed on specific collectives. In this sense, we have a narrow collaboration with local secondary schools and municipalities.

MicroMón @ UAB is part of the international project Tinny Earth®. This initiative provides a platform to crowdsource antibiotic discovery by tapping into the intellectual power of students concurrently addressing a global challenge. This unique class approach harnesses the power of active learning to achieve both educational and scientific goals.

ISC2 - BiblioLab of Social Innovation and Citizen Science with the participation of three public libraries located in three municipalities in the UAB surroundings. The aim of this initiative is to adapt public libraries to the cultural and social changes that the digital society entails, promoting the creation of collaborative and participative spaces open to society (ISC2 Labs).

In addition, there are some research groups at the UAB analysing CS from a scientific perspective:

What’s in it for you? Participation inequality in citizen science might be challenged in politically motivated projects

Library Living Lab (L3), lab that explores the links between culture, technology and society. It is located in a Library in the municipality of Sant Cugat, located very close to the UAB campus.

Digital Lab & Design Lab (UAB Open Labs). These UAB Open Labs are spaces of open innovation, with a systemic approach of co-creation. They were set-up recently and are still not fully working.

Other UAB initiatives of Citizen Science

Mosquito Alert (November 2017 - January 2018): its objective is to control disease-vector mosquitoes by combining the efforts of science, management and citizen collaboration. In this sense, the volunteers participating can send photos taken with their mobile devices.

BeWater (November 2017 – January 2018): this project aims to promote the adaptation to global climate change in the management of Mediterranean waters through participative co-creation processes with the aim of defining problems and finding solutions jointly between scientists and citizens.

GroundTruth 2.0 (February 2018): this great project evaluates the effectiveness of six citizen observatories studying the environment. One of the observatories is RitmeNatura, led by the CREAF-UAB and in which plant phenology is being studied.

Natusfera (March – April 2018): this cooperative online platform is open to everyone interested in uploading photos of nature and having them identified with their scientific name by a group of experts. All of the data collected is then sent to the Global Biodiversity Information Facility (GBIF).

AlertaForestal (May - June 2018): the objective of this project is to analyse the health of forests in Catalonia and foresee the needs for the future, taking into account climate change and other environmental changes. Citizens can participate in different aspects of the alert campaigns.

First workshop of the SeeRRI project in Bologna

The University of Bologna was the meeting point for the members of the SeeRRI project, who seized this opportunity to exchange knowledge in the RRI field.

The B-30 area will be one of the three European areas chosen as a case study for the European project SeeRRI - Building Self-Sustaining Research and Innovation Ecosystems in Europe through RRI, with the participation of the UAB.

The UAB participates in the 2nd HEIRRI Conference

The conference was held in Vienna, last 27th April 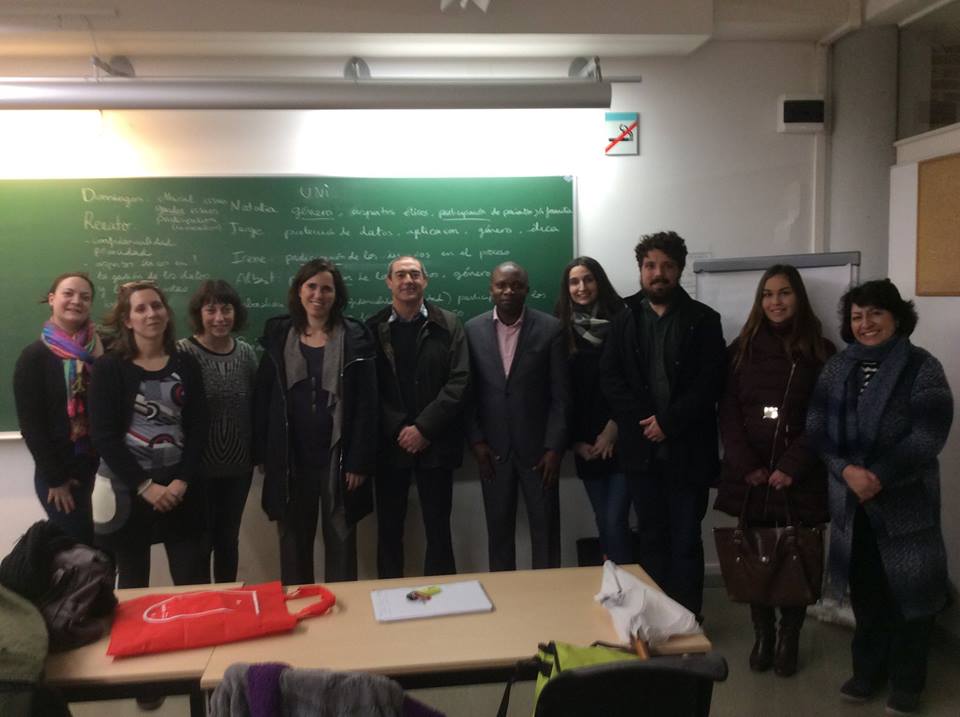