In 2008, the EURAXESS Human Resources Strategy for Researchers (HRS4R) was launched to support institutions in the process of implementation of the Charter and Code principles in their practices and policies.

The UAB is committed to improve its Human Resources policies in line with the European Charter for Researchers and the Code of Conduct of the Recruitment of Researchers.

In January 2012, the UAB endorsed the C&C. In October 2012, the Universitat Autònoma de Barcelona joined the 4th Cohort of the HRS4R.

During 2013, the Internal Analysis of the UAB was conducted by an interdisciplinary team, including meetings with members of the Governing Board, the Management Board, and researchers from all fields of knowledge. The result of this task was the “UAB Gap Analysis and Action Plan”.

In December 2014, the UAB was acknowledged with the distinction “HR Excellence in Research”. This logo reflects our commitment to continuously improve our human resources strategies in line with the European Charter for Researchers and the Code of Conduct for the Recruitment of Researchers, and our commitment to guarantee a supportive research environment implementing these principles into UAB policies. 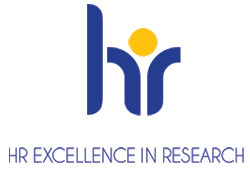 As result of the Gap Analysis, several areas of improvement were identified and subsequently described in the Action Plan, including the measures to be taken in next years. In January 2015 started the implementation of such measures.

During the implementation of the Action Plan (2015-2016) as reflected in the Report on the Interim Assessment (2 years) new challenges and actions were identified and implemented. Currently, the UAB has finished the 3rd period 2017-2019.

From May 2019, the HRS4R working group previously appointed by the UAB split in four subgroups to address more in depth what were defined as the four main lines of action: the dissemination of the Euraxess initiative, the process to recruit researchers, the international support they receive and their training opportunities.

This session was focused on making improvement suggestions in aspects such as welcome, supervision, training and professional career of young researchers.

The HRS4R-UAB working subgroups initiate their round of meetings

Those meetings will focus on aspects such as the dissemination of the Euraxess initiative and the improvement of the processes of recruitment and support of international researchers.

Last Wednesday 15th May the HRS4R-UAB working group met to review the goals that have been achieved so far in the application of the 40 principles of the Charter and Code for researchers.

Guide for publishing on Euraxess Jobs

The guide for publishing offers on Euraxess Jobs is already available for users.

What is Article 32 of the Horizon 2020 Model Grant Agreement