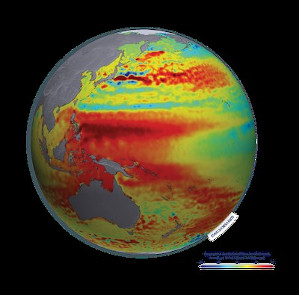 Resum: CLIMASAT investigates the material history of global climate discourses, practices and policies in the approximate 1980s-2000s in Europe. It uses a ground-breaking approach that places remote-sensing satellites at the central focus of analysis. Satellites became crucial to shaping understandings about global climate in this period. Yet, to date, there is not a single sustained inquiry that interrogates: 1) how the ascendance of global climate as a scientific, political, economic and cultural international issue was entangled with the widespread use of remote-sensing technology, and 2) how such global climate ideas mediated with satellites were rooted in, and contributed to shape, the historical forces of the 1980-2000s period. By exploring the historically and materially contingent ways in which global climate became a prominent influential trend in this period, CLIMASAT provides fresh unparalleled telling insight into distinctive aspects of this historical moment -with implications not only for scholarship but also for debates about climate change.

CLIMASAT’s hypothesis is that satellite technology, environment, media, international relations and law mutually co-evolved/were constitutively co-produced with/in the making of global climate ideas in the 1980s-2000s. The project contends that significant understanding about global climate history requires an innovative interdisciplinary methodology that integrates historical analysis of the intersections between all these aspects into a material comprehensive synthetic narrative. CLIMASAT hence constitutes a real stimulus to further research and scope, by establishing a novel methodology that moves beyond disciplinary isolated approaches, thereby completely rewriting global climate history.

Gemma Cirac-Claveras holds a phD in History of Science from Centre Alexandre Koyré/École des Hautes Études en Sciences Sociales (Paris, 2014). She is currently a Marie Slodowska-Curie researcher at the Universitat Pompeu Fabra (Barcelona). Her research explores the making of environmental objects, concepts, ideas, values, visions, institutions, and practices as a result of producing, communicating and using satellite remote-sensing data. At the intersection between history of science and technology, space history, environmental history, and history of information systems, she examines the historical transformations in how we measure, depict, and make sense of what eventually has been called the global environment. Cirac-Claveras has received numerous international prizes and awards, including the Space History award by the European Space Agency (2018), the Space Sciences History Prize awarded by History of Science Society and NASA’s History Office (2016), or the Maurice Daumas Prize by the International Committee for the History of Technology (2015). Amongst others she has published: “Weather Satellites: Public, Private, and Data Sharing” (Space Policy, 2019), “Satellites for What? Creating User Communities for Space-based Data in France” (Technology and Culture, 2018), “The Weather Privateers. Meteorology and Commercial Satellite Data” (Information and Culture, 2018), and “Factories of Satellite Data” (ICON, 2015).