“Animals on the move. A global history of zoological gardens in the long nineteenth century” 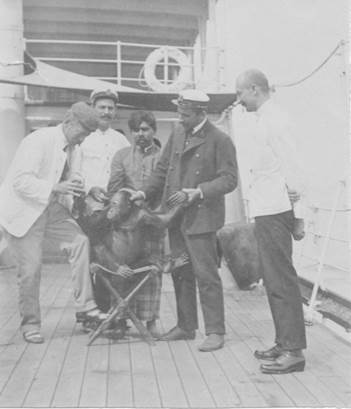 The zoological garden is a child of the nineteenth century. Initially a Western European phenomenon it soon spread around the globe. By 1900 there were zoos on every continent. From early on these institutions were very much aware of one another. Their specific challenges, in particular how to keep exotic creatures alive as well as the global animal trade, bound them together. This mutual interest generated numerous “zoo journeys”, publications, surveys, and reform schemes, transcending national borders, well before the zoos formally organized themselves in international associations in the twentieth century.

This paper will apply new approaches from global history to the history of the zoo. It will attempt to trace „the rise of global uniformities“ (C.A. Bayly) with respect to how zoos were built, run and understood by its diverse publics, ranging from naturalists, acclimatizers, animal traders and educators to the general public. Yet this paper will also ask for the specificities and idiosyncrasies of individual zoos, taking into account their specific local contexts. How can these two perspectives, the global and the local one, be combined in a historiographical sound way? In what way might one talk about the zoos of Antwerp, Buenos Aires, Cairo, Calcutta, Melbourne and Philadelphia in a coherent and fruitful manner?

The solution proposed by this paper is to conceive of the nineteenth century zoo as a large network in which knowledge but also animals and people circulate. Yet this network was uneven, patchy, hierarchical and transient. It bore the imprint of the colonial world order and was shaped by the asymmetries in political power, economic resources and knowledge about the natural world.

His research focuses on the relationship between science and its publics in historical perspective. His case studies include electricity as a public science in the German enlightenment, the history of the zoo in the nineteenth century and the history of human origins research in the twentieth century. He has also researched the urban history of science, looking at the knowledge exchange between cities on a global scale. His next book is provisionally entitled: “Animals on the move. The global zoo in the long nineteenth century”.