In order to follow this path, 30 or more academic credits need to be recognised for transfer to the course to which admission is requested, and the original academic transcript must not include subjects for which the applicant has registered three times or more and not passed. However, admission cannot be granted through this path if 75% or more of the total credits for the new course are recognised, unless there are outstanding vacancies and the corresponding UAB vice-rector grants permission.

For the purposes of credit recognition and to score the transcript of previous studies, consideration is given to those grades obtained by the student up to the deadline for submitting applications for admission.

The Spanish Ministry of Education currently offers a free online procedure for issuing a document indicating the equivalence between grade averages for university studies taken outside Spain and those of the corresponding Spanish university qualifications. This document can then be used in competitive application processes that require academic transcripts to be scored. Consult this link for further information.

Every year, UAB faculties and schools publish the number of places available on each of their degree courses, together with the general criteria for admission and the pre-registration dates. The corresponding dates appear in the academic and administrative calendar of the UAB, which is established for each academic year by the Governing Council. The corresponding vice-rector may authorise an extension to the application period at the request of the centre's dean or director, provided that the following conditions are met.

- There are still vacancies on the course.
- The resolution on the procedure is issued before the start of the corresponding academic year.

Applications should be addressed to the Rector of the UAB and delivered to the Academic Management Office (Gestió Acadèmica) in the faculty/school concerned. A separate application must be made for each course and each faculty/school, and the following documents must be included.

- Application form.
- Receipt for payment of the government-regulated fee for applications.
- Document of exemption from payment of this fee on the part of the applicant.
- Covering letter.
- Original and photocopy of DNI, NIE or passport.
- Academic certificate or attested photocopy of the transcript, which should mention, where applicable, the field of knowledge to which the studies belong.
- Curriculum of the previous studies.
- Syllabuses or course guides for the subjects taken, attested by the previous university.
- Grading system used by the previous university.
- Any other documents that the applicant sees fit to attach.

Documents on studies taken abroad must meet the translation and legalisation requirements laid down in the regulations.

Within each group, applications are ranked by scores for academic transcripts, pursuant to the criteria laid down in the regulations for admission to the UAB and published by each centre.

Once the resolution on admissions has been signed, the centre publishes a list of the successful applicants on the waiting list, and applicants who have been rejected. 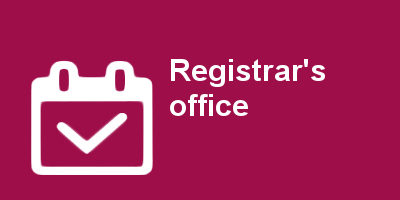