Campus Ítaca is a social and educational programme of the Universitat Autònoma de Barcelona, sponsored by Banco Santander, and aimed at secondary-school pupils. It consists of a stay on campus during June and July, arranged in two periods of seven days each. The pupils engage in a series of pedagogical game-oriented activities aimed at motivating them to stay in education after completing the compulsory stage. The campus provides pupils from a variety of different social backgrounds with a space to fraternise, in which Catalan is the language of communication.

The UAB's Disability Service (PIUNE) takes care of logistics and activity planning for Campus Ítaca, with the aim of guaranteeing equal opportunities and accessibility to all those taking part in the programme.

The programme targets boys and girls who are about to begin their last year of compulsory education, in which they will have to choose between seeking employment and undertaking vocational training or upper secondary academic education.

The target profile is that of pupils with a good capacity for studying but who find themselves at a disadvantage in their education due to their socioeconomic situation and/or a lack of adult role models with university backgrounds in their family circle.

The catchment area for Campus Ítaca comprises the state secondary schools in towns in Barcelona province.

Campus Ítaca began life in 2004, when Lluís Ferrer i Caubet, the UAB's rector, was inspired by the Summer Academy project at Strathclyde University in Scotland to launch a similar initiative, to reduce premature school-leaving and familiarise pupils with the university. From 2004 to 2014, the project was run by the Institute of Education. As from the 2015 edition, it was taken over by Fundació Autònoma Solidaria. 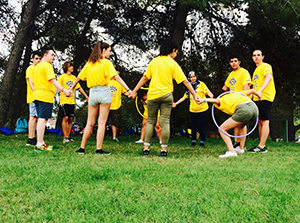