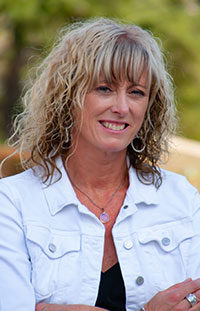 Functions:
The Board will appoint as Director of the UAB Research Park a member with the position of Vice-Rector of the Autonomous University of Barcelona or that has merits that the Board considers appropriate for extraordinary circumstances or merits.

The Director shall have the powers of direction, administration and management that the Board grants or delegates to perform his duties, and will execute the decisions adopted by the Board, responding to him for his actions. The granting or delegation of powers will be made within the limits provided by law.

Professor of the Department of Chemistry within the Area of Organic Chemistry, PhD in Chemistry from the UAB, Professor Sebastián carried out a postdoctoral stay at the Laboratoire de Chimie de Coordination (CNRS, Strasbourg) and later returned to the UAB through a Generalitat de Catalunya contract aimed at reincorporating PhD holders into Catalan universities. She was then awarded a position through the Ramon y Cajal Programme in 2001. Since January 2006 she has held a permanent post at the UAB.

Her research has evolved from the synthetic study of small molecules through to macromolecules, on to the preparation of polymeric materials, and has given rise to over 73 indexed scientific articles and three patents. She has participated in 12 national and European projects and six scientific networks. She currently coordinates a consolidated funded research group. She has supervised nine doctoral theses and is currently supervising seven theses that are now being written. In terms of knowledge transfer, she has taken part in four competitive projects and 15 contracts with companies, resulting in over twelve patents currently in use, two industrial doctorates and a National Research Prize in Public-Private Partnership between the UAB and Henkel KGaA & Co. She has also taken part in three teaching innovation projects that have given rise to nine articles.

Functions:
The Director of the Park, with the agreement of the Board and, where appropriate, the Executive Committee held by the Foundation, may appoint a Manager of the Research Park, who may or may not be the Patron, and shall be responsible for the ordinary management of the Park in accordance with to the guidelines and instructions of the Director, with faculties and powers that will be granted by the Foundation. The granting or delegation of powers will be made according to the legally established limits.

Short curriculum:
Carlos Valero Santiago (Barcelona, 1968) has a degree in Economic Sciences at the University of Barcelona (UB) and a Master in Business and Economic Management at the University of Lancaster. Manager of the UAB Research Park since 2009. He has previously been the Foreign Investment Office in Catalonia Director at the Center for Innovation and Business Development (CIDEM), Communication Director of the State Society for International Exhibitions (SEEI) and the Beijing office Director at the State Cultural Action Society (SEACEX), developing projects in Beijing, Shanghai, Tokyo and Nagoya.