Speaker of the Inauguration: Gemma Galdón 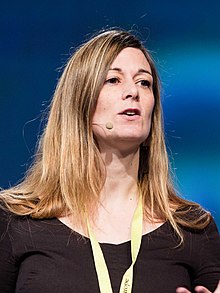 Dr. Gemma Galdon-Clavell is a policy analyst working on the social, ethical and legal impact of data-intensive technologies and algorithmic auditing. She is the Founder and Director of Eticas Research and Consulting,which has ongoing research contracts and grants from the European Commission (FP7 and H2020 programs), the European Agency for Fundamental Rights and the Open Society Foundation, among others.

She completed her PhD on surveillance, security and urban policy at the Universitat Autònoma de Barcelona, where she also received an MSc on Policy Management, and was later appointed Director of the Security Policy Programme at the Universitat Oberta de Catalunya (UOC).

Dr. Galdon-Clavell was a 2017 EU Women Innovators Prize finalist. She has led research as a Principal Investigator in more than 10 large projects. She is a scientific and ethics expert at the Directorate General for Research and Innovation at the European Commission and sits on the board of Privacy International and Data & Ethics.

Her work is focused on building socio-technical data architectures that incorporate legal, social and ethical concerns in their conception, production and implementation. She is a policy analyst by training and has worked on projects relating to surveillance and human rights and values, the societal impact of technology, smart cities, privacy, security policy, resilience and policing.

Her recent academic publications tackle issues related to the proliferation of data-intensive technologies in urban settings, urban security policy and community safety, security and mega-events, the relationship between privacy, ethics and technology, and smart cities.

Previously, she worked at the Transnational Institute, the United Nations’ Institute for Training and Research (UNITAR) and the Catalan Institute for Public Security.