Network of paths on the Bellaterra campus

Routes and paths to explore the campus from end to end

The network of paths consists of six routes that cross the three small valleys formed by the streams of Can Miró, Can Magrans and Can Domènec, which comprise a large part of our campus. Each of the proposed routes can be walked in 25-40 minutes at a good rhythm.

The routes cross each other directly or by connecting paths, so that everyone can design the itinerary according to their own convenience or can make a proposed itinerary. 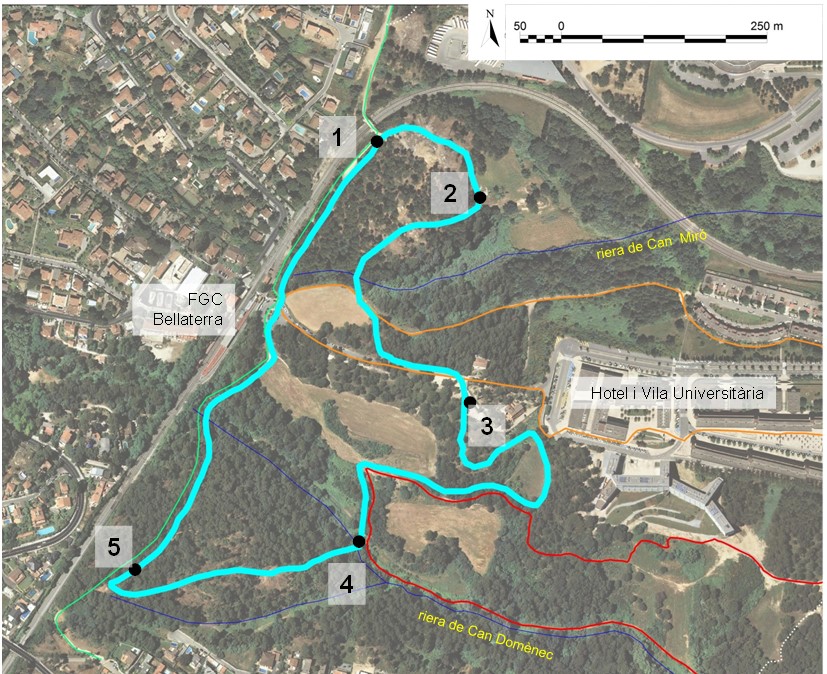 Orange route -the old Can Miró path, Ho Chi Minh and other stories 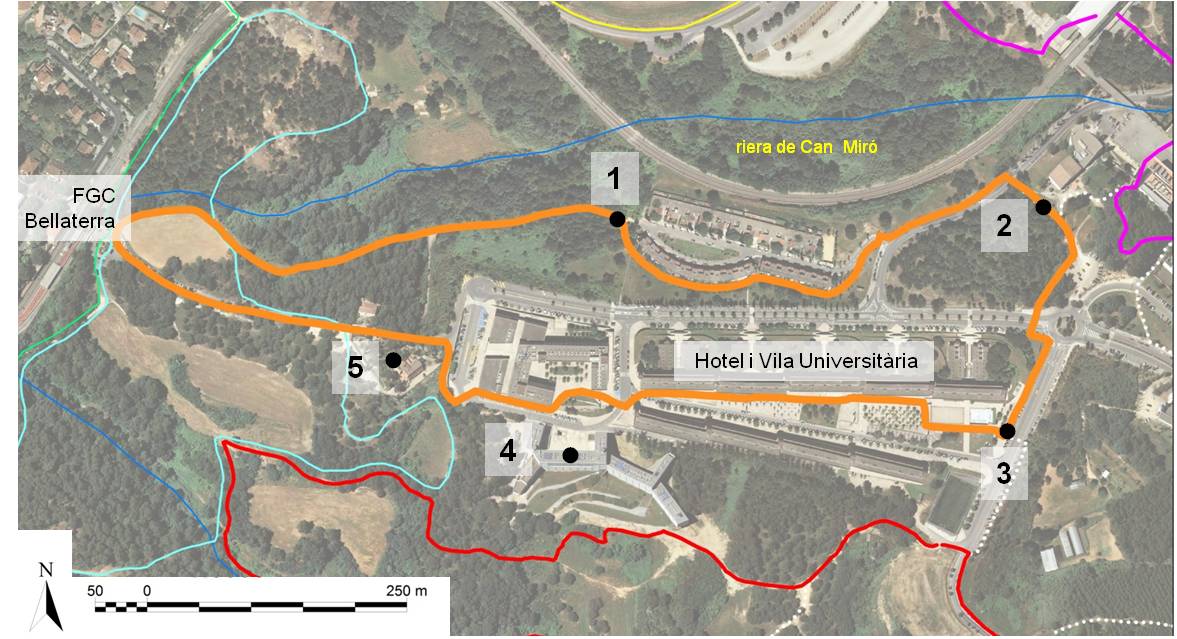 Orange route leaflet (in Catalan)
Route on the wiikiloc website

Magenta route - corners between the academy 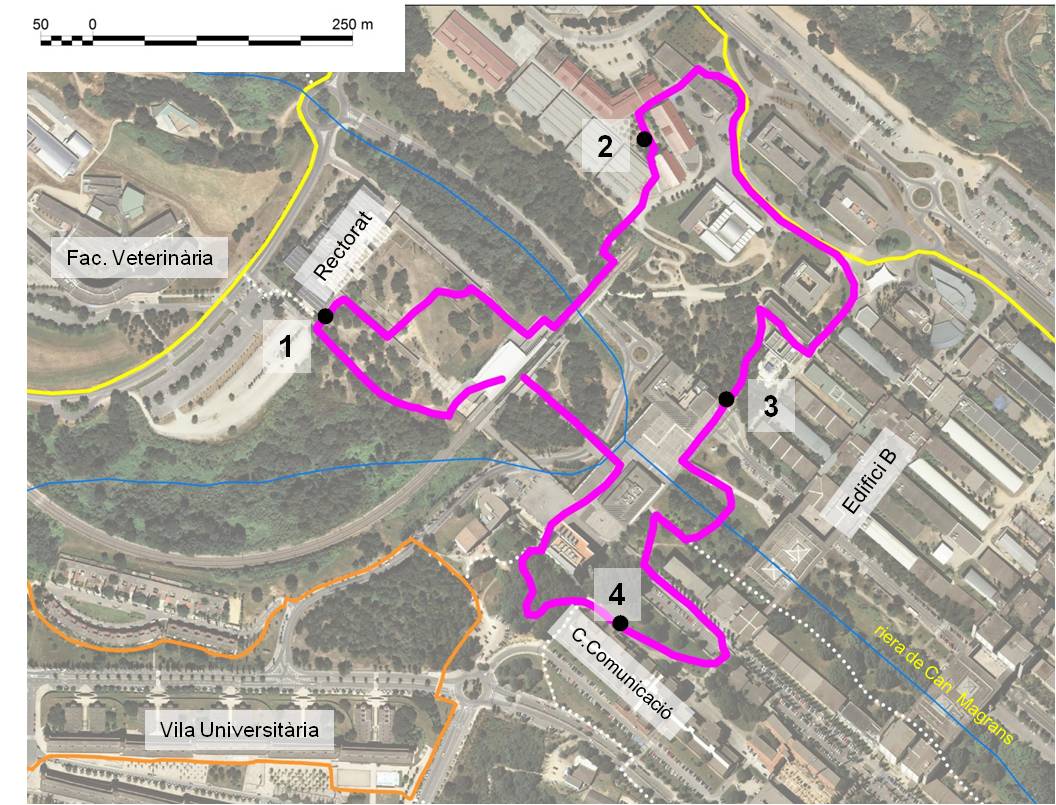 Magenta route leaflet (in Catalan)
Route on the wikiloc website 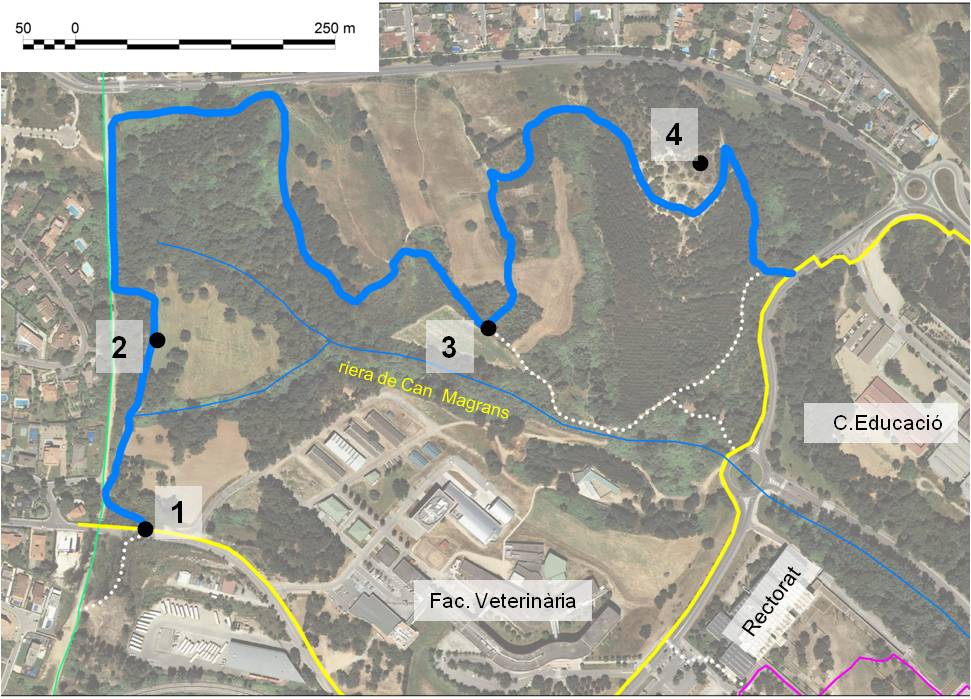 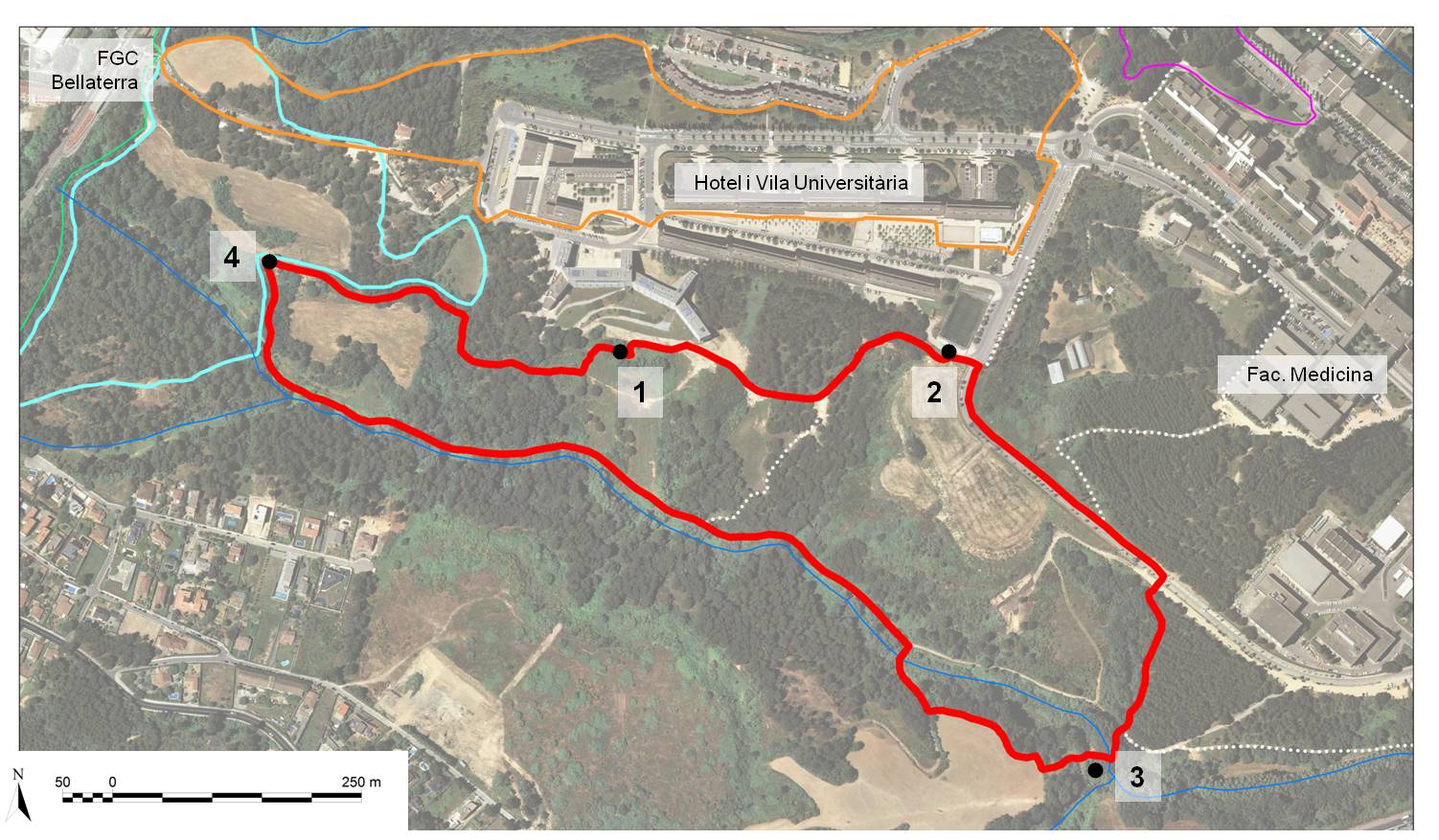 Guided walks by the campus (4km), made during the academic year.

Find the details of each itinerary