Web browsing of: The Department

The Department of Geography has the necessary facilities and equipment to carry out its research and teaching tasks. It has the Physical Geography Laboratory, the Postgraduate Room, hardware to offer hosting services on its own server, reproduction and scanning to members of the Department. He is also in charge of the academic coordination of the UAB Map Library. 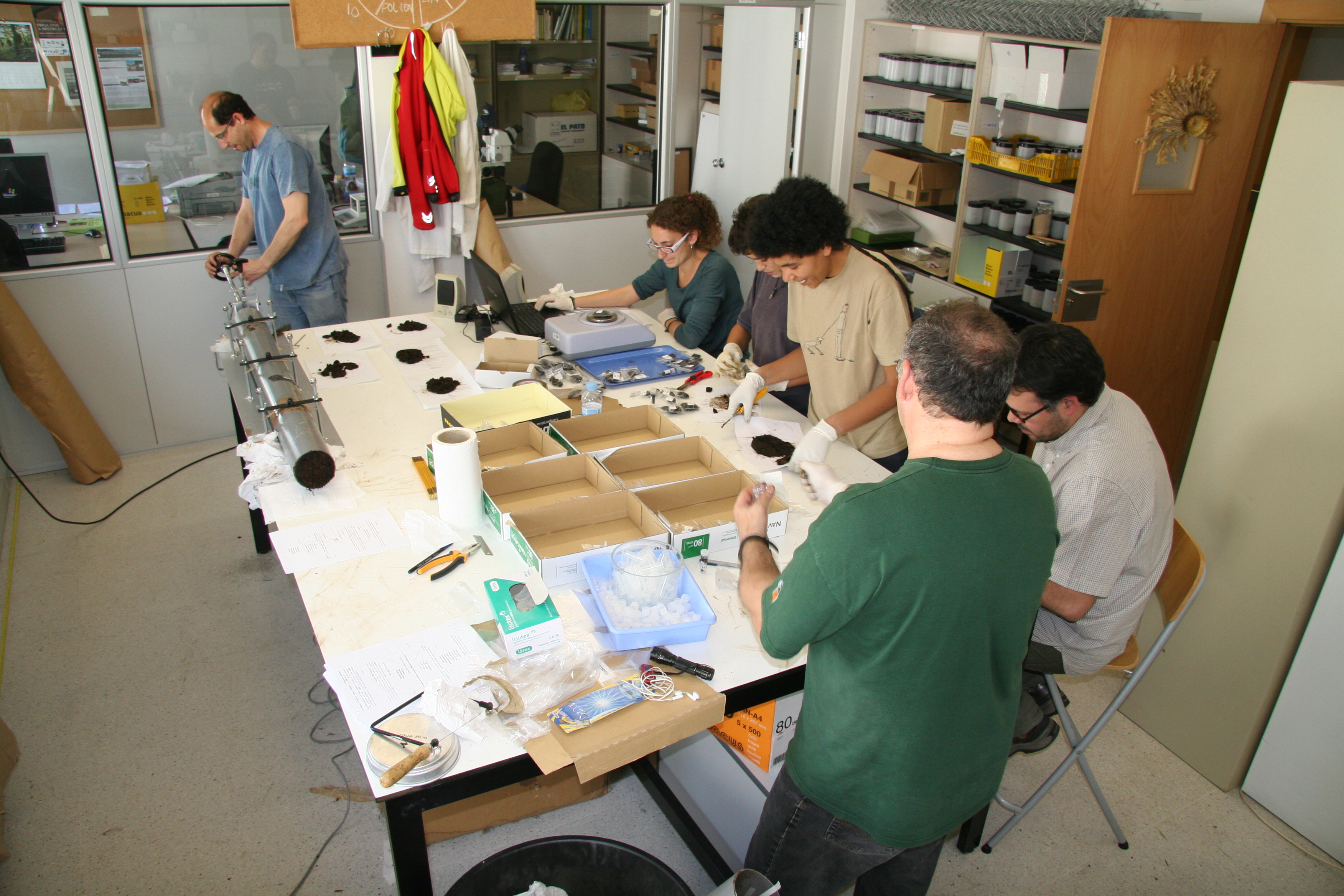 The Physical Geography laboratory is equipped with the necessary instruments to carry out different tasks related to the study of the natural environment.

It has the necessary equipment for the preparation of sedimentary coal samples, plant macro-residues and soil analysis: water point, sieves and extractor hood. As well as the equipment needed to open, treat and store sedimentary evidence: sedimentary extractor and refrigerators. It has optical microscopy equipment, magnifying glasses. Oven and muffle for drying samples and calcining organic matter and precision scales.

The Department has its own equipment to carry out its research tasks:

We have wide processing capacity with various computers for massive parallel calculations with MiraMon and other specialized programs, as well as for experimentation and applications in geoservices. Specifically, we have 31 servers with 63 processors and 302 cores, with a total of 664 GB of RAM.

Due to major improvements in the Meteosat Second Generation(MSG), operating since 2004 and with a minimum continuity until 2015, from CREAF we believed that the current MSG resolutions could help in various fields of interest including radiometric correction of other sensors, Vegetation index calculations, active fires, aerosols studies and climate change, among others. So, with a low budget was installed and launched, in 2007, a receiving station, taking advantage of the free data for research groups. Every 15 minutes we receive the MSG images that are imported into MiraMon software format, for a further internal CREAF-UAB staff use. Besides MSG images, we can also receive images from other meteorological satellites (Metop, GOES, etc.) Processed products as well.

It has been acquired recently, by the Department of Geography at the UAB, two field radiometers with detectors in the range of visible, near infrared and shortwave infrared, divided into ranges (200-1100 nm) and (900 -2500 nm).

It is an USB2000+ spectrometer and a near infrared spectrometer NIRQuest256-2.5, both from Ocean Optics. These are the main features:

USB2000+ Miniature Fiber Optic Spectrometer: consists of an analog to digital converter of 2MHz, programmable electronics, a 2048 CCD detector elements, and a USB 2.0 Hi-Speed¿¿. Provides a resolution of 0.35 nm (FWHM).

We have a meteorological station in Vallcebre, in a meadow area, equipped with the following instrumentation:

-Incident and reflected solar radiation (albedo can be calculated).

-Skye Sensor R + G+ B + Irp configuration similar to Landsat-5-7-LDCM and some bands of MODIS.

These stations provide a validation area for radiometric correction and satellite images, and in the same time, allow the development of moisture indices joining solar and thermal bands.

We have recently acquired a DJI Matrice M210 RTK v2, a quadcopter with 38 minutes of autonomy and a payload capacity of up to approximately 2Kg. This platform, together with the D-RTK 2 mobile station (compatible with the most important satellite navigation systems) that we also have, allows us to obtain centimeter-accurate positioning. The drone has several security systems such as a sensor for the detection of obstacles or transmission systems of switchable frequency in real time that avoid possible interference.

On the other hand, the MAYA-S2 multisprectral sensor has been acquired, which has 9 bands with a configuration practically identical to those of the Sentinel-2 satellites. An ILS sensor (Incident Light Sensor) has also been acquired to correct the possible effects of changes in the images captured in the same flight. 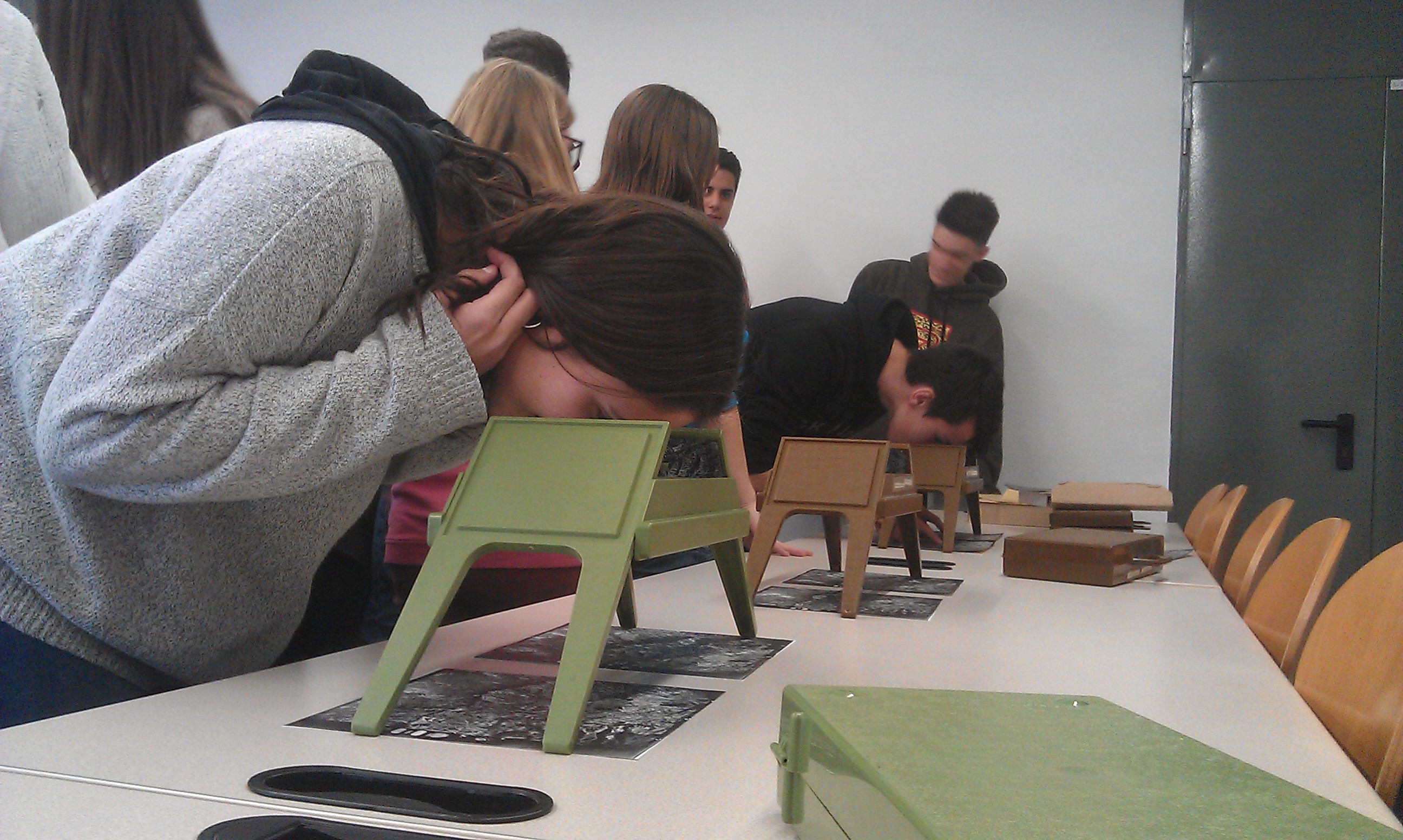 The Department of Geography is in charge of the academic coordination of the UAB Map Library.

The Map Library is located inside the Humanities Library building. For document reproduction, you can use the self-service photocopiers and the Library's photocopy service. 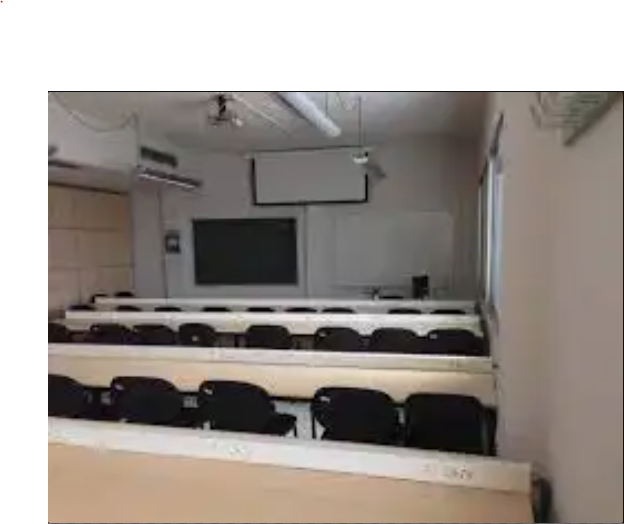