The Nobel Peace Prize co-laureate and advocacy director of the Arms Division of Human Rights Watch presided over the latest events organised by the Spanish branch of the campaign, which is led by lecturers Joaquín Rodríguez and Roser Martínez.

On Thursday 21 November our school played host to Mary Wareham, advocacy director of the Arms Division of Human Rights Watch and global coordinator of the Campaign to Stop Killer Robots. Mary Wareham played a key role in the implementation of the treaty to ban anti-personnel mines, for which she was a joint recipient of a Nobel Peace Prize in 1997.

Mary Wareham introduced the students of the Bachelor's Degree in Prevention and Integral Safety and Security to the international Campaign to Stop Killer Robots, and explained how close we are to reaching a worldwide agreement on banning lethal autonomous weapons. Autonomous weapons systems, or "killer robots" are machines that can kill persons "without further human intervention, which crosses a moral threshold".

According to the campaign, these kinds of smart weapons pose a global threat, because they could aggravate impacts on the civilian population in armed conflicts and even be used for control, surveillance and repression. Furthermore, the lack of accountability for illegal acts committed by a fully autonomous weapon would pose a challenge to international law, as it would make it harder to guarantee justice, especially in the case of the victims.

The campaign therefore sets out to achieve an international treaty to ban the production, development and use of these systems, which are currently being developed in countries like the United States, South Korea, China, Russia and Israel. 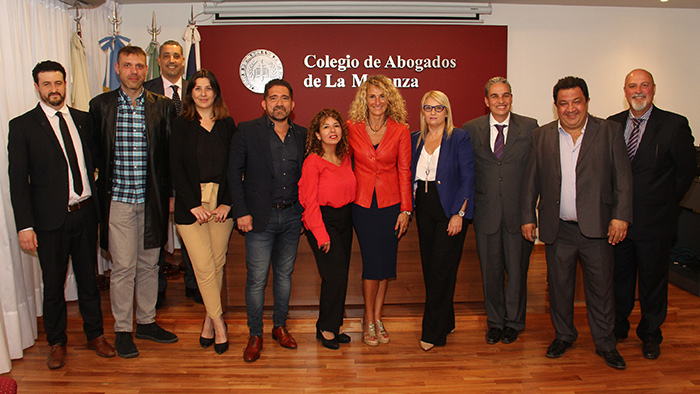 Promoting the campaign in the Spanish-speaking countries

As global coordinator, Mary Wareham decided to travel to Spain to attend various events organised by the Spanish branch of the campaign, which is headed by Dr Joaquín Rodríguez and Dr Roser Martínez. "Spain has adopted a rather indeterminate stance towards killer robots, so I made up my mind to come over and explain that there is still a lot to be done", explained Ms Wareham.

The campaign is at a point where an international treaty is looking harder and harder to achieve through the United Nations Convention on Certain Conventional Weapons, mainly due to resistance from the countries that have the most weight. Ms Wareham, however, remains optimistic thanks to the steps being taken by certain countries to draw up a treaty outside the  United Nations convention: "We know that another process is possible and all we need to do is decide when to get started on it", she asserted.

As advocacy director of the Arms Division of Human Rights Watch she took part in the presentation of the latest report published by the Study Centre for Peace J.M. Delàs: Report 39: Novel Weapons against Ethics and People. Armed Drones and Autonomous Drones, which took place on 20 November in Sant Cugat del Vallès.

Lecturer Joaquín Rodríguez is one of the experts involved in producing the report, which took six months to write and is meant to be readily understandable by the general public: "We have tried to reach a wider audience by avoiding academic and scientific language, because we believe that one of the great problems in Spain is how little citizens know about our campaign and about the threats deriving from the use of artificial intelligence in the military context."

Dr Martínez and Dr Rodríguez have been organising and attending events to promote the campaign at home and abroad since its presentation in Spain, which took place at the UAB Faculty of Law, in 2018.

In fact, one of the Spanish team's main lines of action is to forge alliances with organisations and other actors and coordinate with the campaign organisers in Latin America. In the words of Dr Rodríguez: "Organisations in countries like Colombia, Argentina and so many others are playing their part, which should help us to establish common strategies across the Spanish-speaking countries."

Both lecturers are members of the International Committee for Robot Arms Control, an international organisation that brings together academics and experts in the fields of robotics, artificial intelligence, international relations, international security and human rights. In the framework of the Campaign to Stop Killer Robots they work shoulder to shoulder with other organisations like the Study Centre for Peace J.M. Delàs, FundiPau, the Centro de Educación e Investigación para la Paz (CEIPAZ), and the Asociación de Investigación para la Paz (AIPAZ). 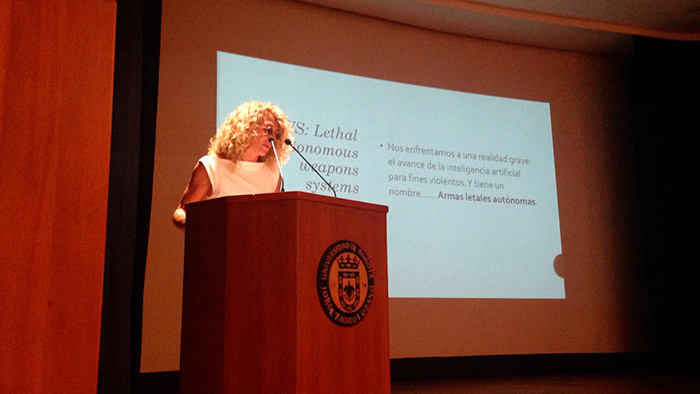 Lecturer Roser Martínez, at a conference on autonomous weapons at the University of Bogotá in Colombia.

The social nature of prevention

The international Campaign to Stop Killer Robots is the first ever pre-emptive disarmament campaign. This aligns with the nature of our school, since one of our goals is to provide an education that facilitates "the switch to a security model based on pre-emption", as pointed out by our director Montserrat Iglesias-Lucía during the presentation of the campaign.

It is therefore highly advantageous for students to learn about the campaign from none other than its global coordinator, in the view of Dr Rodríguez. He attaches great value to contributions like that of the Nobel Peace Prize co-laureate, which "enrich the education received by our students, in a field that must prioritise prevention and social issues". And he emphasises the ongoing nature of the process, which means students can track its development and interact with its leaders.

Mary Wareham commented on "the degree of awareness and knowledge" shown by the students of the Bachelor's Degree in Prevention and Integral Safety and Security, and on the school's efforts to make sure that what they study is highly relevant to the real world". 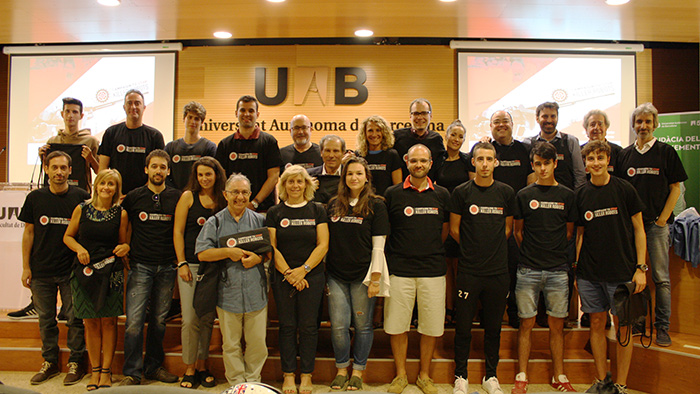 Students and teaching staff from our school among the audience at the presentation of the Campaign to Stop Killer Robots, at the UAB in October, 2018.

J.R. Hidalgo, Director of Fórum QSA: "We have led the way in this country on food safety and quality studies with a holistic perspective"

In this interview, Juan Ramón Hidalgo, an expert in law and food safety and coordinator of the UAB master's degree in Management of Food Safety and Quality, explains the origins and aims of the QSA Forum on Food Regulations which he heads, together with lecturer Manuela Hernández, and which brings together our school's students and alumni who are working in the agrofood industry. He also points to the EPSI as a pioneer in holistic, multidisciplinary education in this field in our country.