"One health", a global concept to be emphasized when talking about viral infections

The Global Virus Network (GVN) was established in 2011 to strengthen research and responses to emerging viral causes of human disease and to prepare against new viral pandemics. There are now 52 GVN Centers of Excellence and 9 Affiliate laboratories in 32 countries. The 11th International GVN meeting was held from June 9–11, 2019 in Barcelona (Spain) and was jointly organized with the congress of the Spanish Society of Virology (SEV), XV Congreso de la Sociedad Española de Virología. The local organizing committee was composed by researchers at the Institut de Recerca i Tecnologia Agroalimentàries (IRTA), which is one of the GVN centers, including members of the Universitat Autònoma de Barcelona.

There are more than 200 known species of viruses that cause human diseases and every year up to 3 and 4 new viral species are discovered. More than half of these human viruses can also affect other animals such as mammals and birds. In fact, according to FAO (Food and Agriculture Organization of the United Nations), 70% out of the infectious diseases that affect humans come from animals, known as zoonoses, such as rabies, avian influenza, the Middle East respiratory syndrome coronavirus (MERS-CoV), among many others. Therefore, scientists and medical professionals attending the meeting emphasized the concept of “one health”, which implies the need to take collective awareness of the link between animal health, human health and ecosystems, to work in the same direction and ensure the health of the planet. The subject “one health” is also related with other aspects such as globalization and climate change, and these were subjects widely debated during the meeting.

Importantly, the congress reported highlights of the recent accomplishments of virology researchers in several important areas of medical virology, including severe virus epidemics, anticipation and preparedness for changing disease dynamics, host-pathogen interactions, zoonotic virus infections, ethical preparedness for epidemics and pandemics, one health and antivirals. Noteworthy, animal and plant virology were also well represented in the meeting, since a significant number of diseases in these species are corner-stones in order to produce safe and healthy food for both people and animals, but also to keep the health and biodiversity of ecosystems. 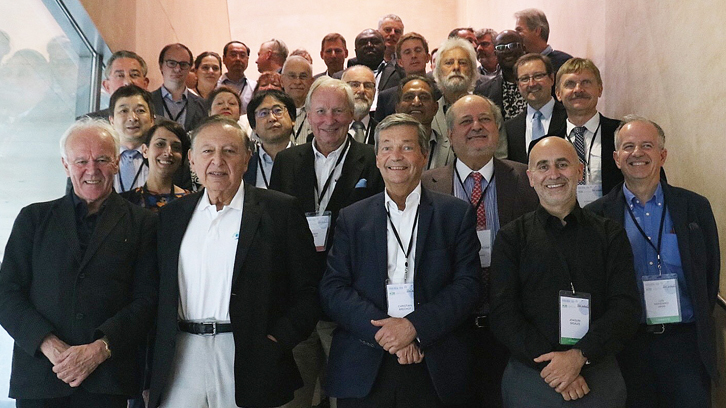 The meeting provided a huge opportunity for discussion and networking at international level (total of 311 attendees from 21 countries of 4 different continents), with a high participation of young Spanish virologists.