The human seminal plasma allergy (HSPA) is an immunological reaction against seminal fluid proteins. HSPA symptoms can be both systemic and local. The HSPA is uncommon in women, and its incidence and its prevalence are still unknown. There is controversy over which of the allergens in the seminal plasma is the most frequently involved.

The dog dander is a common cause of allergy, with symptoms ranging from rhinoconjunctivitis, asthma and bronchial inflammation. In a recent epidemiological study conducted in Spain, there was a significant increase of sensitization to mammal’s epithelium, representing the third cause of global sensitization in rhinitis and asthma after dust mites and pollen.

In this thesis, the PSA is characterized as a causative allergen in a case of HSPA. The PSA is a protein, a kallicrein, with serine-protease activity. It is the most abundant protease in human seminal plasma, and its function is to degrade high molecular weight proteins synthesized in the seminal vesicles in order to liquefy the semen. Recently, ultrasensitive detection methods have determined the presence of PSA in women (breast and ovarian tissue), and PSA turns to be an autoallergen. Also four dog allergens have been identified and studied in detail: Can f 1, Can f 2 Can f 3, Can f 4 and Can f 5. 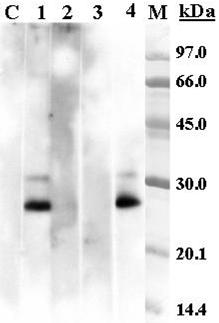 So, the dog dander allergen that cross-reacts to PSA was identified by mass spectrometry as Can f 5, prostatic dog kallicrein (DPK). Moreover, Can f 5 is a major allergen (recognized by 67%) in our population. The other allergens (Can f 1, Can f 2 and Can f 3) are minor allergens.


The kallicreins, as Can f 5, had never been previously described as animal allergens, and its amino acid sequence shows no similarities with any of the allergens from animal dander or urine described so far. DPK and PSA share a sequence similarity of between 55 and 60%. It has been observed that castration of dogs dramatically reduces the production of DPK. Therefore, patients who are allergic to dog, depending on the allergen profile, may be differently sensitive to male and female dogs.

To conclude, to characterize the allergens that cause both seminal plasma allergy and dog dander allergy, and relations between them, led to a better understanding of these allergies in our area.