The archaeological excavations carried out this year at the site of La Bastida (Totana, Murcia) have shed light on an imposing fortification system, unique for its time. The discovery, together with all other discoveries made in recent years, reaffirm that the city was the most advanced settlement in Europe in political and military terms during the Bronze Age (ca. 4,200 years ago -2,200 BCE-), and is comparable only to the Minoan civilisation of Crete.

The fortification consisted of a wall measuring two to three metres thick, built with large stones and lime mortar and supported by thick pyramid-based towers located at short distances of some four metres. The original height of the defensive wall was approximately 6 or 7 metres. Until now six towers have been discovered along a length of 70 metres, although the full perimeter of the fortification measured up to 300 metres. The entrance to the enclosure was a passageway constructed with strong walls and large doors at the end, held shut with thick wooden beams.

One of the most relevant architectural elements discovered is the ogival arched postern gate, or secondary door, located near the main entrance. The arch is in very good conditions and is the first one to be found in Prehistoric Europe. Precedents can be found in the second city of Troy (Turkey) and in the urban world of the Middle East (Palestine, Israel and Jordan), influenced by the civilisations of Mesopotamia and Egypt. This indicates that people from the East participated in the construction of the fortification. These people would have reached La Bastida after the crisis which devastated their region 4,300 years ago. It was not until some 400 to 800 years later that civilisations like the Hittites and Mycenaeans, or city-states such as Ugarit, incorporated these innovative methods into their military architecture. 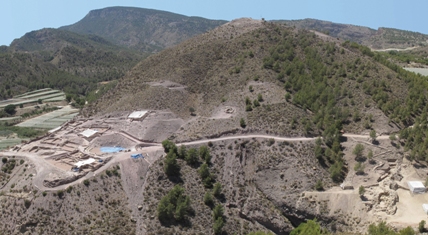 Figure 1: General view of La Bastida. In the lower right-hand side of the image an unearthed part of the fortification can be seen. To the left, the urban part of the site which has been excavated.

This fortification also represents an innovation in the art of attacking and defending fortifications, especially on the military front. The construction was designed solely for military purposes, by people experienced in fighting methods unknown in those times to the West.

The towers and exterior walls denote advanced knowledge of architecture and engineering, with slopes of over 40 per cent. The lime mortar used offered exceptional solidity to the construction, strongly holding the stones and making the wall impermeable, as well as eliminating any elements attackers could hold on to. The postern gate, as a hidden and covered entrance, demanded great planning of the defensive structure as a whole and of the correct engineering technique to fit it perfectly into the wall.

The latest excavations and the result of Carbon 14 dating indicate that La Bastida was probably the most powerful city of Europe during the Bronze Age and a fortified site since it was first built, in circa 2,200 BCE, with a defence system never before seen in Europe.

Figure 2: Copper halberd found in Tomb 40 of La Bastida. The weapon formed part of the grave goods of an adult male belonging to the dominant military class.

The fortification was not the only discovery made. From 2008 to 2011, excavations unearthed large residences measuring over 70 square metres distributed throughout the city's four hectares. These large houses and public buildings were alternated with other smaller constructions, all separated by entries, passageways and squares. A large pool held by a 20-metre dyke with a capacity for almost 400,000 litres of water also clearly denotes that the city's population was of a complexity and that it used advanced techniques incomparable to other cities of its time.

The discoveries made at La Bastida reveal a military, political and social rupture: the establishment of a violent and classist ruling society, which lasted seven centuries and conditioned the development of other communities living in the Iberian Peninsula. Overall, archaeologists are redefining what is known of the origin of economic and political inequalities in Europe, as well as military institution and the role played by violence in the formation of identities.

La Bastida will be systematically excavated with the aim of becoming a unique archaeological park open to the public and consisting in a monographic museum, a research and documentation centre, and part of the site open to visitors. Advancing and maintaining this project will depend on the commitment shown by the different public institutions and social agents taking part in the excavation of La Bastida.