The outbreak of the real estate bubble has had a direct impact on families in reference to the right to housing. The increase in the unemployment that occurred after the crisis, in an economy that based its growth in the urbanization of the ground, and with a society where private ownership had been encouraged before rent (and therefore over borrowed with mortgages), resulted in a massive mortgage defaults and dispossessions situation. Under Spanish legislation, which not only contemplated the return of home to the bank when the mortgages could not be paid, but also that the family was left with a pending debt, there were foreclosures (orders issued for defaults) and the consequential evictions throughout the territory. 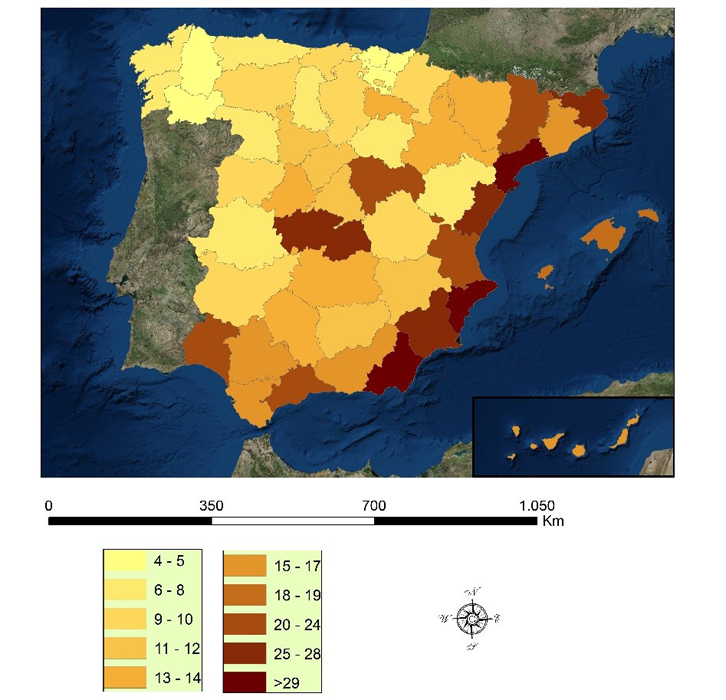 Image 1: Foreclosures per provinces every 1,000 inhabitants (2008-2017). Source: Own elaboration based on data from the General Council of the Judiciary and the National Statistics Institute.

In this context, the Platform of People Affected by Mortgages (PAH) was born in Barcelona in 2009, based on social movements for the right to housing. The PAH, a free, apartidist, assembly movement, allows the affected families to empower them by stopping evictions in front of their own doors, signaling campaigns of banks and changing the popular imaginary from guilty to victims of an economic downturn.
This thesis studies how the housing crisis has affected at the territorial level (state and city level) and how have been the empowerment strategies that have taken place in the PAH of Barcelona. To do this, firstly, a bibliographic analysis of the existing scientific literature that relates to problems of housing and social movements is carried out. Secondly, with the analysis of official data (General Council of the Judiciary and the National Statistics Institute), the impact of the concession of mortgages, foreclosures and evictions is analyzed at the provincial level; and the primary impacts of foreclosures and evictions in the city of Barcelona are also studied with primary data. This data is obtained with a long field work (end of 2014 until mid-2018) at the PAH of Barcelona, analyzing statistically the entire affected population that is involved, both for mortgage problems and eviction orders. Thirdly, from an participant observation field work in the PAH, the emergence and process of empowerment that occurs in the PAH is analyzed. Lastly, are analyzed the most successful strategies as tools for empowerment that are worked on in the PAH: performative direct actions (protest proceedings banks headquarters or in acts of political parties) and the use of the internal media as tools of dissemination and empathy with the affected population.
The results allow to verify how the mortgage crisis markedly affected the Mediterranean coast and around Madrid, the highly urbanized areas during the pre-crisis period. For the case of Barcelona, the territorial effects have also been uneven, affecting with much difference areas with lower average rent like the district of Nou Barris or the Raval neighborhood, in the Barri Gòtic. Based on an elaborate organization and a close and direct language, it has been proven that the PAH’s actions have enabled the families affected and turned them into activists defending the right to housing.
Eduard Sala Barceló
Departament of Geography
Universitat Autònoma de Barcelona
edusala123@hotmail.com