"The emotion of discovery is a profound and incomparable feeling"

Margarita Salas began a project at the CSIC Biological Research Centre on bacteriophages as a study model of molecular biology of morphogenesis, replication and transcription, after having worked in the United States with Severo Ochoa. She has dedicated over 50 years to understanding the molecular biology of Φ29, as well as discovering and characterising the Φ29 DNA polymerase, which has been of great use to genome studies.

Salas is the author of over 400 publications, 196 of which have been published in first-quartile journals (Journal Citation Reports) with 11,354 citations and an h-index of 55. She is also the inventor of the most profitable patent existing in Spain and has directed 33 PhD theses. Salas is member of the Royal Spanish Academy, the Royal Academy of Exact, Physical and Natural Sciences, of the American Academy of Arts and Sciences and of the National Academy of Sciences of the USA. Among other awards she has received the Santiago Ramón y Cajal National Research Award and the Grand Cross of the Civil Order of Alfonso X, the Wise.

Bacteriophages remain fairly unknown to the general public, can you tell us what they are and what applications they have?

Bacteriophages are viruses which infect bacteria and in doing so, destroy them. That is the meaning behind their name: they consume bacteria. The majority of bacteriophages are benign to humans, they are not a problem. They are bad for bacteria though, because they kill them. Today a lot of work is being done on phage therapy with the aim of killing bacteria. It is known that many bacteria are resistant to antibiotics. Phage therapy would be an alternative in getting rid of these bacteria. But in specific, bacteriophages have served as models to study molecular biology. In fact, molecular biology was born in the 1950s thanks to a group of researchers, known as the phage group, who were the ones to make basic discoveries in molecular biology thanks to using bacteriophages as model systems.

You were a member of this group.

When we returned from a three year postdoctoral stay at Severo Ochoa's laboratory in the United States, my husband Eladio Viñuela and I decided to study a bacteriophage as a model to develop and teach molecular biology in Spain. The one we chose was a small bacteriophage named Φ29, with the aim of studying it as much as we could at molecular level. This phage gave us many joys because soon we had discovered that its DNA contained a protein joined to its extremities which is needed to begin the duplication of viral genetic material. That represented a new mechanism with which to begin gene duplication. Later, we also found a DNA polymerase produced by the phage which turned out to have very important properties for biotechnology. It has been widely used and continues to be used in DNA amplification.

Severo Ochoa spoke to you about "the emotion of scientific discovery". How would you describe this feeling?

It is almost indescribable. It is a very deep feeling when you truly discovery something unknown, which has never been seen before, and what you feel is really something you cannot express with words. It is a profound and incomparable feeling.

You returned from the US, but today many scientists decide to stay abroad. What made you come back? And how can we stop this "talent drain"?

At the time when I travelled to the US, it was almost necessary to go to learn more because in Spain there was very little research into biochemistry. Molecular biology was unknown and therefore one had to leave, ideally to the United States to learn about molecular biology for example, which is what I was able to do in Severo Ochoa's laboratory. Today it is good for young people to go abroad and learn more, but it should not be so difficult to come back. It is really very hard for young people to return to this country. Here in Spain we are at the bottom of the European Union in funding for research. I have always said that more money must be put into research. That would obviously help those who leave to gain more training to return since there would be more job offers and more money for research.

Recently you helped to create the FAGOMA network which brings together researchers in bacteriophages in Spain.

Yes, my sponsor Montserrat Llagostera is one of the people forming part of this network. All of us who studied phages in Spain form part of it and we have yearly meetings in different locations. The next meeting will be at Alcala de Henares in October. The meetings are very interesting and help to exchange experiences among people studying phages as model systems.

Are there equal opportunities for men and women in research? And why is there no gender equality in positions of responsibility?

First of all, it must be said that the number of women at the start of their research career currently working on their PhD thesis is equal to or even surpasses the number of men. However, it is true that women have not reached positions of power, but I believe it is greatly due to the fact that we started later and reaching the top takes much time. In the near future I hope that women will occupy positions of the scientific world that correspond to their skills and efforts. 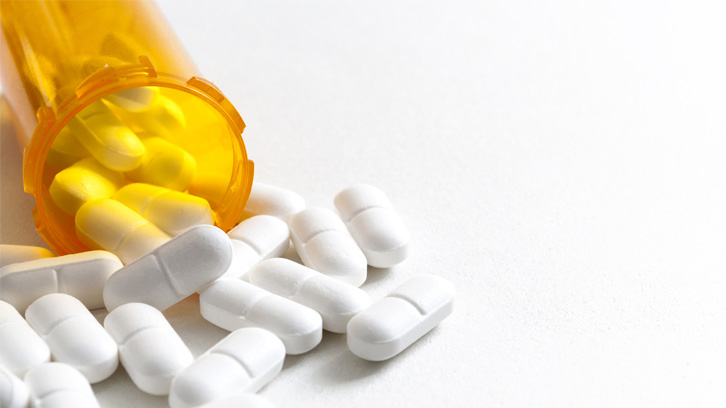 COVID-19 and previous exposure to antibiotics: a dangerous combination

In a cohort study of all patients diagnosed with COVID-19 in Catalunya with disease’s complications, a group of investigation has...