Most persistent organic pollutants (POPs) are reasonably suspected to harm relevant aspects of human health, and contribute to cause a substantial burden of disease of our societies. Indeed, some highly prevalent POPs have immunosuppressive, oxidative, proinflammatory, neuroendocrine, metabolic, or epigenetic effects. Even though POPs have not been manufactured in developed countries for several decades, many remain detectable in animal and human food webs, and in virtually all human beings.

Self-rated health (SRH) is a powerful predictor of mortality, morbidity, and need for health services. SRH often increases with educational level, and decreases with age, number of chronic conditions, and body mass index. Human concentrations of most POPs increase by age and body mass index, and decrease with higher educational level. These relationships and the own physiological and clinical effects of POPs could make body concentrations of POPs related to worse SRH.

Recently the scientific journalEnvironmental Research published an article in which the authors analyzed the relation between blood concentrations or levels of various POPs and SRH in the general population of Catalonia, Spain. 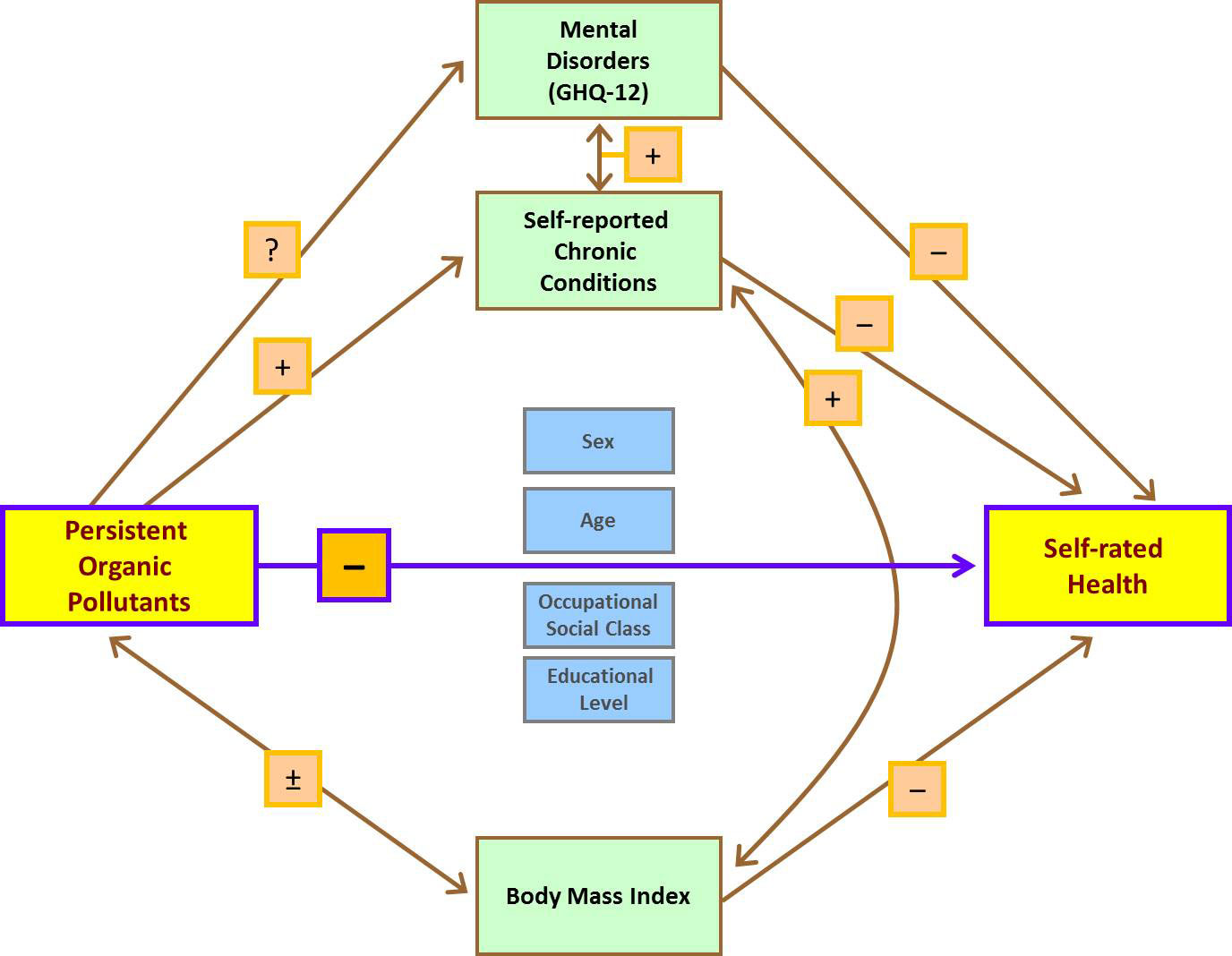 Results showed that individuals with higher concentrations of POPs had significantly poorer SRH; e.g., the median blood concentration of hexachlorobenzene –a compound used as a fungicide– in subjects with poor SRH was twice as high as in subjects with excellent SRH. The observed associations remained when sex and body mass index were taken into account; however, no association was observed when age or the number of chronic conditions was considered. Similarly, no associations were found between POP levels and mental disorders, self-reported depression or anxiety disorders. Thus, the POPs - SRH association was most likely due to age and chronic conditions, but not to sex, education, social class, body mass index, or mental disorders.

Results also suggest that POPs could be related to SRH largely through chronic conditions; which depends on the ability of POPs to cause these conditions, since the association between chronic conditions and SRH can be deemed causal.