The UAB Composting Research Group (GICOM) has a solid track record in the field of research in the biological treatment of waste. With 15 years of experience, GICOM is a pioneering group in the biotransformation of solid waste into value-added products such as enzymes, biosurfactants, organic amendments or biogas.

The Group is part of the Department of Chemical, Biological and Environmental Engineeringat the UAB and the BIO-GLS Centrewhich has received support from the Government of Catalonia as a group of high technology transfer (ACCIÓ).

Since its beginning in 2000, GICOM research has focused on biological transformation of different organic waste materials, whose usual destination was landfill or incineration, in products such as compost, which can be used as organic amendment in agriculture and is sanitized and stabilized. In fact, many studies have been conducted to improve the composting process in areas such as process control, efficiency determination and environmental impacts minimization, especially emissions or odours, using tools such as Life Cycle Analysis. Among wastes studied there are materials as diverse as urban waste, sewage sludge, slurry and manure, slaughterhouse waste, agricultural waste or diapers, etc.

Projects and research
The group has been funded for projects obtained in competitive calls at different levels: state, regional, European and international. In this regard, the eminently applied nature of the research is noteworthy, having enabled a large amount of work to be carried out under contracts and agreements with private companies and public bodies, among which are the Agència de Residus de Catalunya, the Àrea Metropolitana de Barcelona and companies like Urbaser or Aigües de Barcelona. 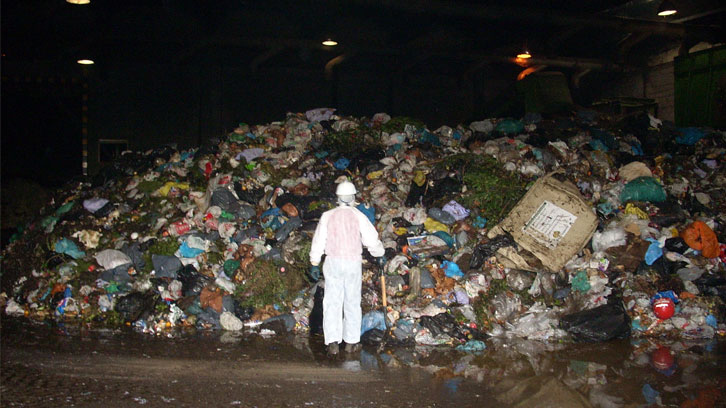 Our studies have allowed us to form a versatile group, composed of lecturers from different backgrounds and a number of PhD students (to which must be added the foreign students that have been incorporated for stays of varying duration), whose research scope is wider than composting itself. Among these new lines, one that stands out is the involvement of the group in a paradigm shift in the management of waste, allowing it to be considered a resource or raw material that can be used, by biological transformations, for the production of materials for industry, thus changing current production methods within the framework of a sustainable circular economy based on zero waste philosophy. Examples include production, based on different wastes, of enzymes, biosurfactants or biopesticides. This line has a clear aim of industrial application, studying the process at different scales (from laboratory to piloting), without neglecting aspects such as process control, separation of bioproduct or environmental impact of the process compared to current production alternatives.

Another, more traditional, line developed by the Group is in the area of ​​anaerobic digestion of waste for the production of renewable energy in the form of biogas. This, combined with an emerging line within the group, focusing on the use of nanomaterials for environmental remediation, has led to the development of a technology to improve the production of methane from waste – currently being studied, and involving the filing of a patent – and the creation of a spin-off (Applied Nanoparticles). This study received funding from the Bill & Melinda Gates Foundation in the early stages of development. This field and, by extension, the execution of joint projects between the disciplines of environmental science and nanotechnology, is one of the major new developments in the group’s work in recent years. It has resulted in projects such as the removal of greenhouse gases with different types of nanostructures (funded by the Fundación Areces) or cleaning wastewater contaminated with heavy metals (Nanoclean project). Many of these works have been carried out in collaboration with the Catalan Institute of Nanoscience and Nanotechnology (ICN2).

In general, we believe that all the lines begun by GICOM are of great significance both in research and technology transfer, and spell out a good future for the group.