Composting of sewage sludge from urban wastewater treatment plants and the associated gaseous emissions: Characterization of odours and greenhouse gases

Different reutilization pathways for sewage sludge (SS) generated in wastewater treatment plants (WWTPs) exist, such as its direct application into agronomic soil or with a previous composting process to enhance the agronomic qualities of SS, the SS anaerobic digestion for energy recovery or more recently, the SS biodrying. A common aspect between these SS treatment processes is the emission of gaseous compounds, some of them responsible for odour nuisance (ammonia, hydrogen sulphide or a wide range of volatile organic compounds or VOCs), and some others responsible for global warming (basically carbon dioxide, methane and nitrous oxide). To know in which quantities the different gaseous compounds are emitted in relation to the total composted SS and to know the periods of maximum and minimum emission throughout the composting process is a piece of valuable information for further implementation of gaseous emissions mitigation and treatment strategies.

This work gathers the gaseous emission data generated during the SS composting process in a 100-litre bench-scale reactor (Figure 1). It has been proved that during the first 48h of composting, the emission of odorous compounds reaches its maximum, coinciding with the maximum temperature reached by the material (65 ºC). This situation is due to the high biological activity present in the material during the first days of composting, when organic matter present in SS is biodegraded, giving way to the production and emission of the odorous compounds. The same emission patterns have been observed with GHGs, with exception of nitrous oxide. The nitrous oxide formation and emission pathway is complex, although it has been determined that its maximum emission is found at the latter stages of the composting process, when material’s temperature falls below 40 ºC. 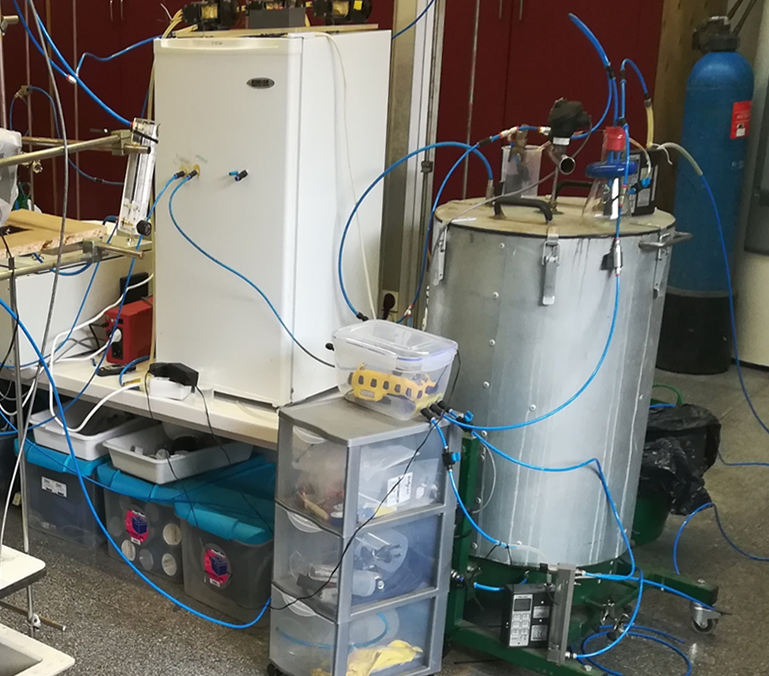 On the other hand, a characterization of the different VOCs present in the gaseous emissions from the SS composting process has been performed, finding that the most abundant VOCs categories in these emissions are terpenes, organosulphur compounds, ketones and aromatic hydrocarbons (Figure 2). By means of this characterization, the major odour contributors have been detected, namely dimethyl disulphide, eucalyptol and alpha-pinene. 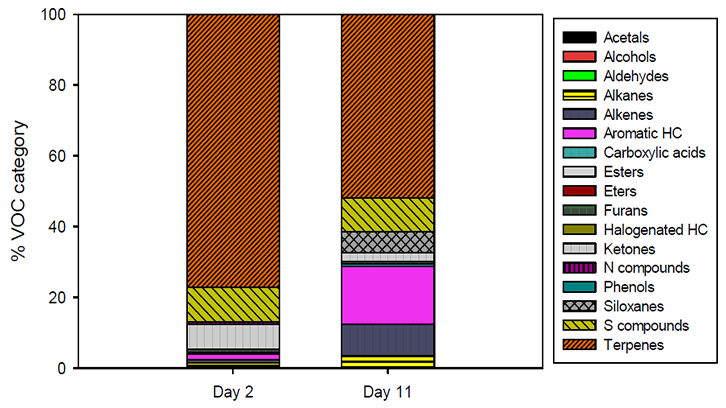 Figure 2. Distribution of the different VOC categories found in the gaseous emissions.

The results obtained can be the baseline for the implementation of gaseous emissions mitigation and treatment strategies.

Finally, regarding the final compost, a biologically stable material free of pathogens is obtained, which can be applied into agronomic soils with low organic matter content.