Developing  effective strategies to control the Asian tiger mosquito (Aedes albopictus) -listed among the 100 most harmful invasive species in the world- is a challenge. For successful control it is essential to know up to the last detail about this insect. A key action indicator is its dependence on stagnant water. Removing vessels containing standing water prevents the larvae from developing. For 3 years, from 2008 to 2010, the control of the tiger mosquito in Sant Cugat del Vallès was studied. The aim was multiple, firstly to identify the preferences of the insect and also to analyze the preventive measures taken by citizens and their willingness to collaborate.

A total of 3720 properties were visited and the owners provided complete inspection of the exterior areas – courtyards and gardens  –  in 691 areas. Larvae were found in more than a third of the houses, which allowed identification of the main risk factors. The presence of drains, gardens and chicken coops, and the accumulation of materials, including garbage, were prominent among the environmental factors that favor the tiger mosquito. With regard to the type of housing affected, schools, building works, uninhabited properties and some commercial establishments such as those related to gardening were found to be risk factors. 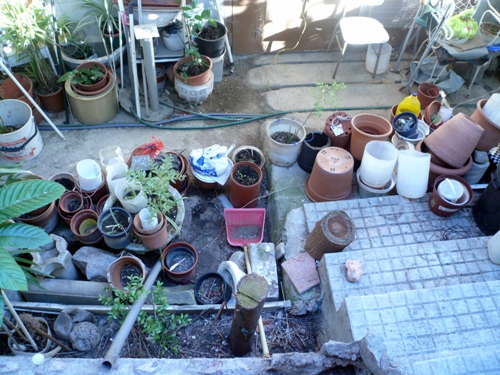 Image: The Asian tiger mosquito depends on stagnant water and prefers small containers. The main preventive measure is to remove these containers from the households.

Also 820 people were interviewed. The vast majority claimed to take preventive measures at home. Half of them asserted that the tiger mosquito affected their quality of life, especially when using the garden or the pool. When asked about  health effects, most had received a recent bite that they attributed to the tiger mosquito. On average, each person had 5 bites, mainly on the legs. About 20% of respondents indicated that these bites had become infected at some point. The population knew, accepted and applied the recommended preventive measures, avoiding stagnant water in their homes and reducing the use of insecticides.

The contributions of this study include the identification in our country of the principal risk factors associated with the tiger mosquito, which is a fundamental step in developing effective control strategies. Also exemplary cooperation of the citizens was obtained, which seems to be essential for success in tiger mosquito control campaigns. Neighbours cooperated, implemented preventive measures in their properties and located the possible breeding points in their neighborhoods. They also showed concern about this issue and demanded greater involvement of the public administration. As a consequence of these results, the municipality of Sant Cugat del Vallès developed a protocol adapted to local circumstances, to optimize the resources used in tiger mosquito control.