"Juntas literarias": a model of science communication in Catalonia's Age of Enlightenment

The Royal College of Surgery of Barcelona was the second such college created in Spain, founded in 1760. Its Catalan location placed it near French and among Spanish  military forces. It is relevant to take into account that from 1714, the Borbonic monarchy had closed all the universities in Catalonia – the University of Barcelona included – for political reasons, and built a new university in the more remote town of Cervera. The only institution in the principality where an academic degree related to health could be obtained was the Royal College of Surgery of Barcelona. Indeed, the students of medicine from the University of Cervera had to practise anatomy in the College.

The academic programme developed in the new colleges of surgery was different from the traditional formal education for surgeons. As the Barcelona College was erected next to the Hospital of Santa Creu (founded in 1401), there was a give-and-take  between the two. On the one hand, the professors of the College had to work in the Hospital too; on the other hand, the Hospital supplied the patients and corpses to bestudied. Moreover, the new physician-surgeons trained there not only were interested in therapeutics but also wanted to know as much as possible about the body’s anatomy and physiology, being as they were in competition with its pathology.

As a result of this, at the end of the 18th century and the early 19th century, surgeons, physicians and pharmacists were gathered together in the so-called ‘Facultad Reunida’, which experienced several organisational problems during the following years. Eventually, in the middle of the 19th century, surgeons and physicians were rejoined in the University of Barcelona’s Faculty of Medicine when this university had its rights and funding reinstated. But it is important to take into account the dual condition of the physician-surgeons trained in the College of Barcelona. In this setting, a new form of transmission of knowledge– and indeed a new method of teaching – was proposed in the regulations of the new colleges of surgeons in Spain (a similar process was underway in other enlightenment scientific institutions of this period, for instance societies and academies). These regulations established the ‘junta literaria’: a dissertation would be read and then criticised in a public session with both the students and the board of professors of the college. Then, the following week, another professor was charged by the vice-president of the college with elaborating a critical assessment, reading in public session again, plus a critical writing about the dissertation. At the end of the session, each professor on the board would give a shortwritten assessment or comment. It is important to stress that these manuscripts are available in the archives and constitute the most important primary source of my research, which examines the role and the reception of the new sciences applied to healing arts.

This documentation makes it clear that chemistry came to be especially prominent in the dissertations expounded at the Royal College of Surgery of Barcelona. By the beginning of the 19th century chemistry had already achieved its own language: a new nomenclature and several gases had been characterised, the theory of combustion had been enounced and laboratory experimentation constituted a common scientific practice. Chemistry should be considered as a professional, liberal, useful activity, with a continuum from research papers, reviews and textbooks to its proper diffusion. In  this sense, my work aims to show how chemistry was included in the academic programmes of the Spanish Royal Colleges of Surgery, and how chemistry in this medical–surgical context could have been a crucial tool to understand the unexplained processes that happened in the human body, in sickness and in health. The development of the study of airs crossed the boundaries between chemistry, physics and medicine. For example, the therapeutic use of aerostatic balloons was subjected to discussion in the sessions at the Barcelona College; also, the aetiology of yellow fever was thought of in terms of a particular kind of gas, called a ‘virus’, that was responsible for the contagion.

The pros and cons, the controversies aroused by these and other topics given at the sessions (vaccine, tumours, galvanism, syphilis, etc.), are already present in this important set of documents. The juntas literarias (literary meetings) have provided an extremely rich set of sources, which should be considered as scientific communication practices – as well as a means of exchanging experiences – addressed to the students and other interested audiences. This activity of diffusion of knowledge therefore could be contemplated as a forum from which professional legitimation could be obtained by a peer-reviewing process in front of all the components of a college board. 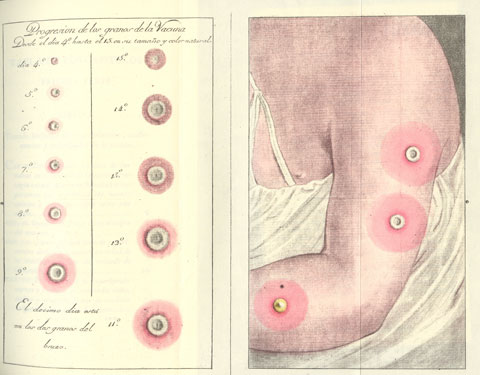 PhD Thesis: "Anatomy, chemistry and experimental physics at the Royal College of Surgery of Barcelona (1760-1808)". Presented by Núria Pérez on 15-06-2007 and directed by Professor Álvar Martínez.