Rumination is characterised by an effortless recurrent regurgitation of recently ingested food into the mouth, with consequent spitting and/or re-chewing and re-swallowing. A study with 28 patients detected the manoeuvre that causes regurgitation by measuring the electrical activity of the abdomen and chest muscles. Later, patients were able to suppress rumination.

Development of a Harmless Artificial Virus for Gene Therapy

Researchers of the Nanobiology Unit from the UAB Institute of Biotechnology and Biomedicine have produced an alternative to the use of viruses in gene therapy.The researchers synthesised nanoparticles which act as artificial viruses, capable of surrounding DNA fragments and releasing them as therapeutic agents, with no biological risk, into the interior of cells.

Epidemiological and toxicological studies consistently have associated exposure to air pollutants with diverse negative health outcomes. To determine if air pollution (especially road traffic-related pollution) has any detrimental effect on the neurodevelopment of schoolchildren, the BREATHE project was born.

In Western societies, an increase in fragility fractures is associated with increased life expectancy. The WHO published in 2008 a tool to identify people with greater risk of fragility fracture and prioritise preventative actions among the most vulnerable groups. This thesis proposes a calibration of this tool for the Spanish female population.

Personality as a Predictor of Depression Symptoms in Burn Patients

The results of a pioneering study conducted at the Vall d’Hebron University Hospital with 109 adult patients admitted to the Burn Unit suggest that some personality characteristics might be used to identify the most vulnerable patients who may develop more severe depressive symptoms at different points in their recovery, interfering with the process of rehabilitation. This identification of patients with higher risk would allow a more specialised intervention.

In burn patients, one of the most prevalent psychiatric disorders is depression. Some personality characteristics have been associated with the risk of developing this disorder. In a pioneering study conducted at the University Hospital Vall d’Hebron by a team of Psychiatry, the role of different personalities was analyzed longitudinally, evaluated by the Alternative Model of Five Personality Factors Zuckerman and Kuhlman, in the development of depression symptoms over six months after the burn injury. The participants were a sample of 109 adult patients admitted to the Burn Unit between 2009 and 2011. 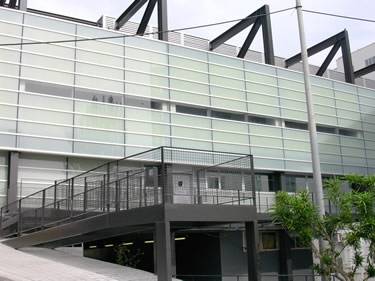 Moreover, personality factors such as Activity and Impulsivity-Sensation Seeking are related to fluctuations in depressive symptoms, with ups and downs in mood that interfere in the process of rehabilitation of patients over six months post-burn.

These findings suggest that personality factors might be used to identify the most vulnerable patients who may develop more severe depressive symptoms at different points in their recovery and also allow an specialized intervention.

Department of Clinical and Health Psychology