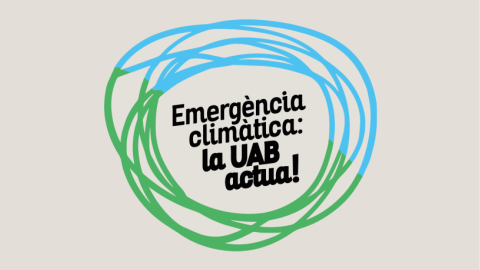 Universitat Autònoma de Barcelona (UAB) supports the climate emergency declaration by collecting the voice of those who signed the Open letter to UAB for the Climate Emergency Declaration. On this matter, UAB will commit to the cause through efforts in different sectors of society that will put the climate crisis of anthropogenic origin we are living on the political and media frontline.

The scientific consensus on the seriousness of this climate crisis is strong and widespread. As members of the scientific community, we know that the situation we are facing is critical and that it asks society and all social and political institutions that define it to promote a more sustainable lifestyle and to actively and urgently fight against climate change. Universities, as scientific institutions in our country and as the speakers of the scientific community and future generations' demands, have the responsability to raise the alarm on the climate emergency we face and to take a stance about it.

The statutes of our university collect, as one of their principles of action, the orientation of teaching, research and any university activity in general towards respect of the environment and a sustainable development. In this sense, both members of the community and different organizational fields work in the research and action in fields such as mobility, energy or waste with the aim of reducing greenhouse gases generated by UAB in order to obtain a more sustainable and respectful behaviour to the environment.

Another sign of UAB's commitment to the cause is the slogan chosen for the Festa Major of the upcoming academic year 2019-2020. "Climate emergency: UAB takes action!". Many actions to tackle the issue along with the whole university community ( students, PAS and PDI staff) will be promoted through the slogan and throughout the whole academic year, as in the previous FM editions. The aim is for the climate crisis to become a center of interest for the teaching, research and the participatory activity.

Open letter to UAB for the Climate Emergency Declaration