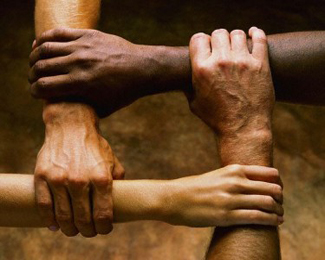 Human altruism is also a question of genetics

Given the importance of cooperation at the heart of human communities, science has looked for ways of turning it into a constant quality. According to many scientists, starting with Darwin and William Hamilton to the more recent theories of Edward Wilson and David Wilson, the origin of altruistic behaviour stems from a superior human group cooperating with another more inferior group, or what more commonly is known as natural selection. The condition sine qua non is that the first group must be formed by only altruistic individuals because, in this way, a state of reciprocity will exist. The following article, however, poses a new scenario where genomes have a lot to say on the cooperating behaviour of human beings. In this way, natural and genetic selection can replace reciprocity as an essential requirement in the development of the altruistic model.

Ever since Darwin the evolutionary origin of prosocial costly behaviours such as altruism, where individuals help others while paying a price in terms of fitness (the expected number of offspring), has been a problem of widespread interest to the scientific community motivated by the fact that cooperation is widespread in human societies but mathematical models show that cooperation is never a stable state and is constantly challenged by defection. In the Descent of Man Darwin suggested that groups of prosocial individuals will survive and reproduce better than groups of selfish (antisocial) individuals, even if selfish individuals have a clear advantage over prosocial individuals within groups. Unlike the evolution of traits that directly and solely benefit the individual possessing them (e.g., sharp teeth, high speed, visual acuity, warning colouration, etc), prosocial characters may be selected because they are advantageous to the community or the family. Darwin’s idea has been recently rephrased by the Edward Wilson and David Wilson: "Selfishness beats altruism within groups. Altruistic groups beat selfish groups. Everything else is commentary."

By extending the classical population genetics theory William Hamilton established the required conditions for the evolution of altruistic traits more than 40 years ago: an inherited (costly) behaviour is selected for in a population if and only if it results in an increase in the number of genes that are shared between the actor and the recipients of the behaviour. When individuals temporarily assort into small groups where natural selection takes place altruism can only evolve if there is positive assortment; namely, if altruistic individuals preferentially settle with other altruistic individuals so that there is reciprocity of prosocial behaviours. We have shown that this is not necessary when one counts with many genes since a novel scenario arises: group selection, combined with multiple loci, can replace Hamilton’s condition under particular circumstances.

Our multilocus model illustrates that the costly altruistic gene can ‘hitch a ride’ on other genes on the same chromosome that are successful for different reasons such as better exploitation of a habitat. ‘Commentary’ here means that genome details cannot be ignored and may be essential to study the fate of altruistic traits in natural populations.

Department of Genetics and Microbiology