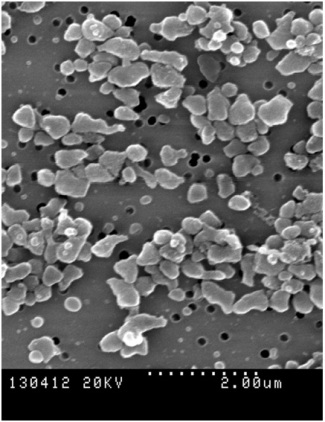 Inclusion bodies or amyloids are nanostructured protein aggregates produced inside a cell, frequent in certain bacteria, and with interesting biomedical applications such as drug protein delivery. Until now, the use of inclusion bodies was limited by the presence of own toxins from the producing bacterial cells. A study has developed several toxin-free Escherichia coli strains from which amyloids free from potentially hazardous cell contaminants have been produced.

Inclusion bodies belong to the newly identified class of non-toxic, functional amyloids that acting as biomimetics of secretory glands in the endocrine system, combine release of functional protein with mechanical stability. However, the uses of inclusion bodies might be largely narrowed by the presence of residual endotoxins from the producing bacterial cells.

In collaboration with Prof Uwe Mamat, from the Leibniz-Center for Medicine and Biosciences (Borstel, Germany), who has developed several Escherichia coli strains deficient in the cell wall lipopolysaccharide, we have produced and characterized functional inclusion bodies in K-12 derivative endotoxin-free strains.

Our data indicate that these materials, being indeed free from potentially hazardous cell contaminants keep both the mechanical and biological properties (including cell penetrability) that make them appealing for their use in biological interfaces. These data indicate, then, that Prof’s Mamat strains are suitable to be used as bacterial factories for the production of fully biocompaticle and highly tuneable protein materials of bacterial origin based on functional amyloids.

Institute of Biotechnology and Biomedicine (IBB)