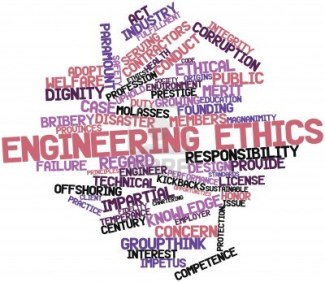 Pedestrian detection is a key component of systems present in many markets such as the automotive and surveillance that involves a tiresome collection and annotation of large amount of data required for its training. A research proposes a novel method that allows the adaptation of a detector model trained with data collected from a video game to successfully work with real world data.

What attracts our visual attention?

Reputation and trust in models

UAB researchers have developed new computer models that use units called agents that can make decisions based on reputation and on trust in other agents of the created network. So, trust and reputation, essential for our society, can be analyzed in depth

Mechanical resonators, widely used to mark the time to stabilize the electronic components and transmission of radio waves,  behave different at the nanoscale, as a group of researchers from the Catalan Institute of Nanotechnology has observed, offering new possibilities for force or mass supersensitive detection.

Engineering ethics in the twenty-first century

Researchers at the UAB's Department of Information and Communications Engineering and at the UOC have tried to answer the question: what should the ethics of engineering be in today's world, which is so dependent on technology but at the same time so concerned about the large amounts of energy we use? Their study concludes that the ethics of engineering should not take only engineers into account, but also the needs, interests, responsibilities and commitments of many other groups, institutions and individuals in society.

Engineering ethics is usually focused on engineers’ ethics, engineers acting as individuals. Certainly, these professionals play a central role in the matter, but engineers are not a singularity inside engineering; they exist and operate as a part of a complex network of mutual relationships between many other people, organizations and groups.

When engineering ethics and engineers’ ethics are taken as one and the same thing the paradigm of the ethical engineer which prevails is that of the heroic engineer, a certain model of the ideal engineer: someone both quite individualistic and strong enough to deal with all the moral challenges that could arise. We argue that this is not the best approach, at least today in our interrelated world. We have achieved a high degree of independence from nature by means of technology. In exchange for this autonomy we have become increasingly tied up with very complex systems to which we constantly delegate new tasks and powers. Concerns about safety keep growing everywhere due to the fact that now we have a sensitive awareness of the huge amount of power we are both consuming and deploying, thus, new forms of dialogue and consensus have to be incorporated at different levels, in different forums and at different times. Within these democratic channels of participation not just the needs and interests, but also the responsibilities and mutual commitments of all parties should be taken into account.

Department of Information and Communications Engineering