How does it affect you?

III. Universitat Autònoma de Barcelona doctoral students have to deposit in the repository their doctoral theses, no later than six months after their approval, as stated in Real Decreto 99/2011, de 28 de enero, which regulates official teaching of doctoral studies. PhD Students and other University students also have to deposit their research projects, Masters theses and final degree projects in the repository.

The CSUC has prepared several guides about good practices in research data management.

The CSUC has developed a tool to help you create your own Data Management Plan. You can access to the tool, to an infographics and a tutorial about it.

The Oficina de Projectes Internacionals of the UAB has prepared an infographic about  Open Science in the Horizon Europe programme. 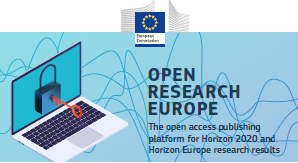 ORE is the new open access publishing platform for Horizon 2020 and Horizon Europe programmes. More information in the ORE web page and this infographic.