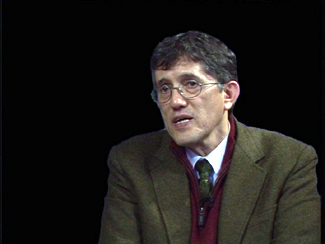 The Mexican scientist Antonio Lazcano Araujo is the first Latin-American to hold the presidency of the world’s foremost organization of evolutionary biology, the International Society for the Study of the Origin of Life (ISSOL). Doctor in Science from the Universidad Nacional Autónoma de México (UNAM), he is currently coordinator of that university's Department of Evolutionary Biology's Microbiology Laboratory, in their Faculty of Science, and Professor of  the Origin of Life, also in the same university. Jointly with his research group, he focusses on the the study of the origin and early evolution of life from the analyses of gene and genome sequences. He has been guest lecturer at a considerable number of universities and institutes around the world, and is author of 130 research works published in journals of international standing. Editor of 16 specialist volumes and author of three books in Spanish, including "The Prodigious Bacteria", "The Spark of Life" and "The Origin of Life".

Antonio Lazcano gave a paper on Comparative Genomics and the first stages of cellular evolution: between optimism and desperation in the facilities of the UAB. We interviewed him and shared the views of Lazcano the scientist, the Mexican and the committed humanist on "culture in general and scientific education in particular".

- What is "Prebiotic Soup"?

- Prebiotic soup or primitive soup or primitive gazpacho, which is my favourite metaphor, is an idea that arose out of Oparin and Haldane's hypothesis. The expression describes a period when there was no free oxygen on Earth and when compounds such as amino acids, sugars and nitrogen bases had been formed, etc. In this far-off period, these chemical compounds dissolved in water, and out of the interaction of their various molecules the first cells appeared. Since then prebiotic soup has become as important a scientific metaphor as Schrödinger's cat or Newton's apple.

- What is the role of RNA in the origins of life?

- For many years biologists realised that RNA was an intermediary between the information stored in the DNA molecule and proteins. Later we discovered that RNA is a molecule which plays a much more complex role in cells. We have seen how it acts as a messenger and translator for DNA; being present both in ribosomes and in liposomes. That is to say it has both a structural and functional function. From this observation it was predicted that living beings depended essentially on RNA, much earlier than the time when proteins and DNA appeared. Years later the hypothesis that RNA is a catalyst has been proven. Since then we have recognised the world of RNA as an intermediary stage in the transition from non-life to life, where biological systems depended on the catalystic and replicative characteristics of RNA molecules.

- From this point, what path did life take to get to where we are now?

- Well, I would adapt your comment on where we have got to because it could have two interpretations, either we have reached the top or we have reached a certain point in time. In biology there is no top, in the sense that there are not living beings which are more organised or more evolved than others, because evolution, in fact, is like a coral reef, which grows in all directions. What is true is that from very simple cells which only had RNA proteins arose and that by the process of symbiosis two great types of cells have arisen: those that have a nuclear membrane, that is to say eucariontes cells, which we find making up plant tissues, animals, fungi, etc., and cells which lack a nuclear membrane, that is to say, procariontes, bacteria such as those which make the yoghurt we have for breakfast in the morning or those that cause tetanus.

- And is natural selection still the main mechanism in evolution or is Darwin obsolete now?

- Darwin is obsolete to the extent that anyone can be obsolete in science. He was the first person to form the theory of evolution and to discover the role of natural selection. The fact is now we know that this role must be completed by other evolutionary mechanisms, such as symbiosis, genetic drift, neutralism, etc. In science, the most we can aspire to, if we take into account the standing of scientists such as Darwin, Oparin, etc., is to make a discovery, which creates a reference framework, from which we can generate hypotheses. Hence, Darwin will never be obsolete, just as Sebastian Bach or Miguel de Cervantes will never be obsolete either.

- Then, does chance still play a major role in the theory of evolution?

- The theory of evolution as put forward by Darwin consists of two components: one random and the other deterministic. The random component is chance, which generates diversity in a biological population. For example, some of us have flat ear lobes while others do not and this characteristic can be explained genetically. But also, in a population taken at random, there will be a certain number of persons with flat ear lobes, if this difference has an adaptive function this is where natural selection comes into play, which will push the population in a certain direction. The theory of natural selection is essentially a theory of adaptation and that is how we should understand it.

- As regards your research, you analyse organisms which inhabited the Earth 3,500 million years ago. What techniques do you use?

- When we carry out comparative genomics, we are undertaking a type of molecular archaeology. For example, if I decide to excavate the remains of a Modernist building in Barcelona, I am sure I would find first Medieval remains, then Phoenician, then Greek, Roman and so on. The houses we can see in Barcelona today have been built on top of a series of past buildings. With cells it is the same. Cells of living beings contain a series of processes which keep the structure of their ancestors. If we look closely we discover that there are a series of very well conserved genes which tell us a lot about stages prior to the types of cells we see today.

- And what are the vestiges you use for your research?

-  I use the so-called molecular fossils. For example, I know that the atmosphere of the earth has a lot of free oxygen, but we know that in the past it was not like that as we mentioned earlier. If I find a series of biological processes or genes whose products are only functional in the absence of free oxygen, I can make a plausible hypothesis that these genes come from that time. And in general there is a great deal of congruence in these types of conclusions.

- Do you mean that time cannot erase the traces of the origin of life?

- Time is an implacable enemy, but only for film stars. For living beings it is not like that, as our origin is something that is maintained in the memory of molecular sequences. Time will never erase all the evidence of our past, we are walking history...

- But there must be some kind of limits to the exploitation of these sources.

- Of course. At present we cannot extrapolate molecular phylogenies or the study of genes to periods prior to the appearance of proteins. There is a hurdle we cannot jump. In the same way as if I chose to study human language, the furthest back I could go would be to the period when primates appeared.

- Even so, this does no seem to limit the research, which considers that the phenomenon we call life may arise in other parts of the Universe, studies which are carried out based on the origin of life on Earth.  Why is this so, and how?

- Because the only reference point we have to study extraterrestrial life is terrestrial life. But we have to bear in mind that we are talking about inferences about a unique example of life, the only one that we know of. I think that when we stop thinking of the origin of life on Earth as a miracle or an accident, and rather see it as the result of an evolutionary process, suddenly the idea that this process may have occurred in the past and or on the other side of the universe makes a lot of sense.

- Being a Mexican scientist of great standing on the international scientific stage, how would you rate the contributions of Latin American scientists?

- The point is that the Spanish speaking societies have not adopted science as one of the elements of their cultural identity. That is if we recognise Picasso as part of Spanish culture, we have to recognise that Severo Ochoa is also an element who makes up modern Spanish society. And this is true for all the Spanish and Latin American societies. There are in fact small groups of researchers in Latin America who make extraordinary efforts to carry out science of the highest quality and do so. But it is also true that if we compare Latin America with Spain, the number of articles published by Spanish researchers in journals with a great impact has been increasing over the past years. Why? Because this phenomenon is linked to the increase in awareness, not only on the part of governments, but also society, of the importance of science and research. I think that in many Latin American countries this is lacking.

- How can we foment research more?

- I believe by defending culture in general and scientific education in particular. I think we have to promote the idea that children can be mathematicians, biologists, physicists, etc. because we have to take into account that children have a natural curiosity which can develop in different directions and, therefore, they should know that there is an alternative of taking up science. On the other hand, fomenting culture means supporting institutions of higher education, supporting research and scientific publication. It also means paying good salaries and opening up employment opportunities for students. It is a disgrace that countries like Italy or Spain should have such a large number of post-doctorate students outside the country, who want to come back but cannot because there are no posts. I think we should realise that we cannot start the 21st century on the right footing (excuses to the left-handed among you) if we do not support science. Which does not mean, in any way, that other intellectual or cultural traditions have any less merit.

See the video conference of Antonio Lazcano Araujo at the UAB